As the developer of Call of Duty releases a map with main areas to strategies around the two new support items and Tombstone Soda Perk. This brand-new Zombies map, which is free on all platforms, continues the hidden arms race between Requiem and Omega Group following the events of  “Die Maschine.”

This is now available in Black Ops Cold War Zombie the next chapter in its white-knuckle Dark Aether story, “Firebase Z.”

In the meantime, the developer shares the five load-outs that were used to help create a guide to “Firebase Z,” including the Weapon Blueprint that they built upon to rake in those precious Raw Aetherium Crystals.

Both games have Double XP active through this weekend, which means double the XP rewards for clearing out Daily Challenge reserves, chasing camos, and exploring everything added in yesterday’s update within Season One Reloaded.

That includes the next chapter of the Dark Aether story known as “Firebase Z,” which tests even the most experienced Zombies veterans with new mechanics, such as Assault Rounds, and otherworldly creatures that make the undead army even deadlier.

Here’s how the active League Play community breaks out across all five Divisions by skill: 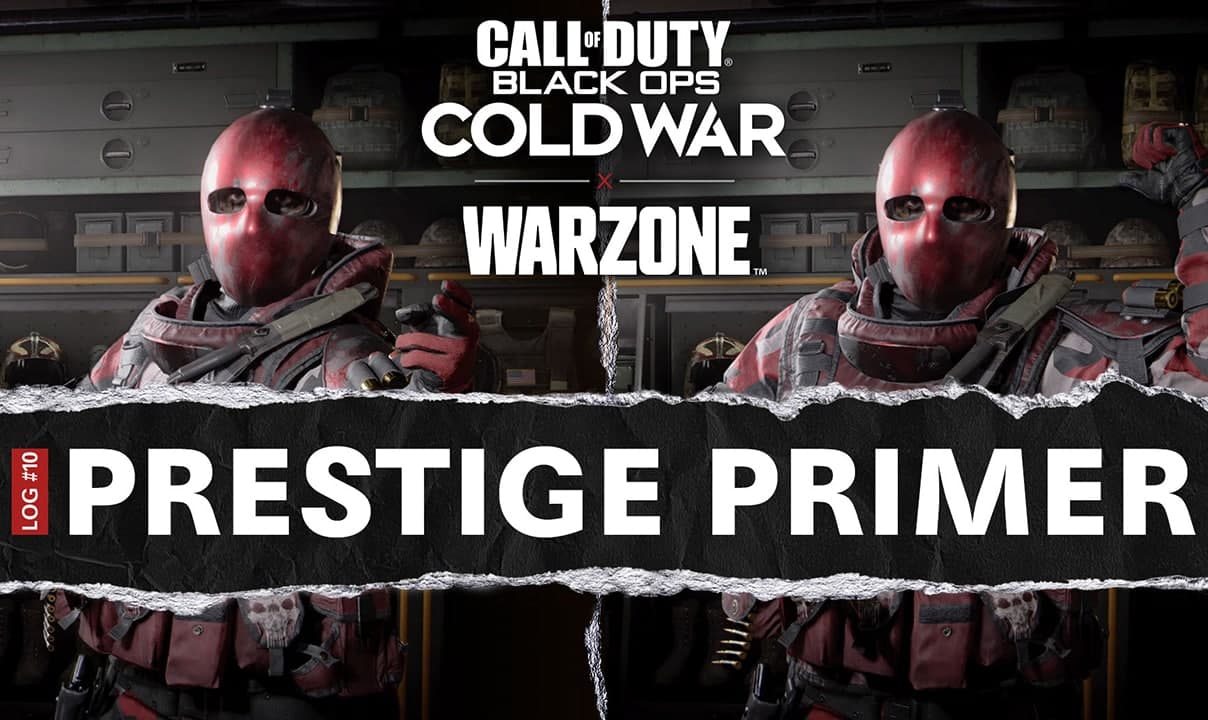 As a radical departure to the familiar sights in “Die Maschine,” “Firebase Z” offers its own strategies for outlasting the undead thanks to its design and new enemies.

Our bread-and-butter since Requiem recruited us, any of the three LMGs are viable starting loadout weapons that scale well with Arsenal upgrades (with Salvage) and Pack-a-Punch (with Essence). Although these weapons were already great in “Die Maschine,” their incredible base Effective Damage Range makes them even better in “Firebase Z,” which features long sightlines across the research facility like in the three Defense areas. 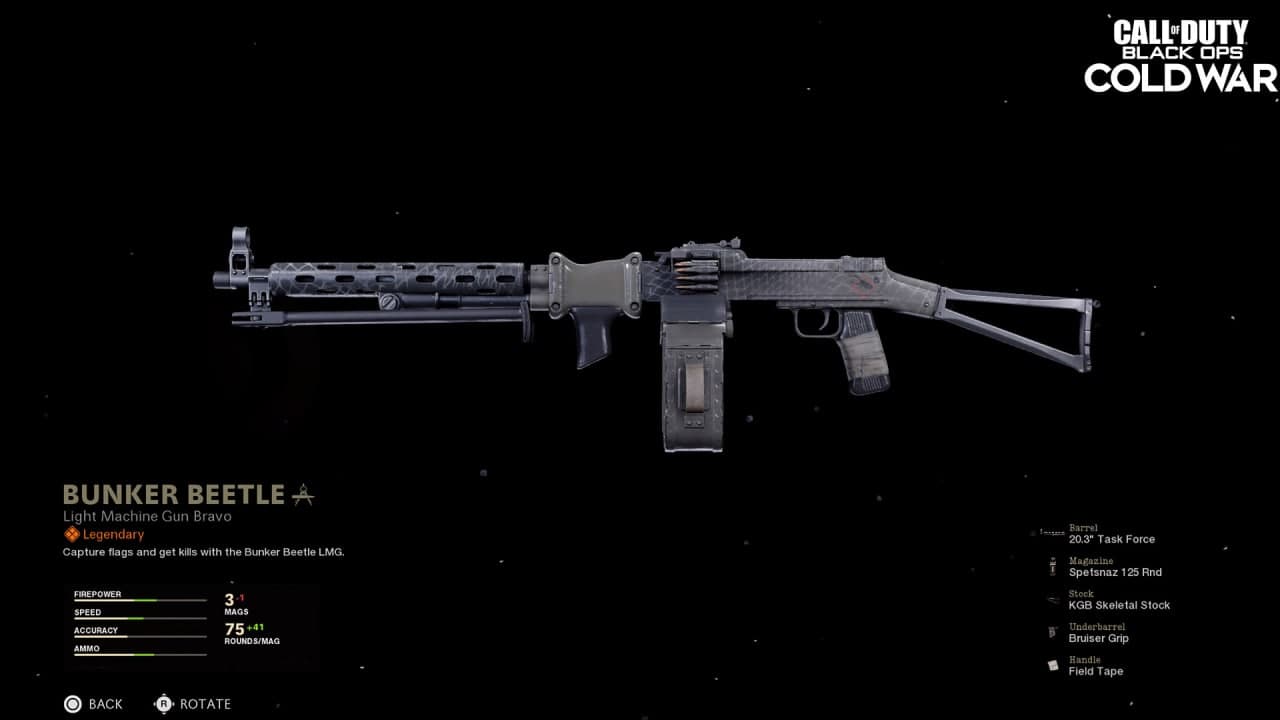 Usually reserved for tackling elite enemies with accurate critical shots, the sniper rifles find a whole new place in the Zombies meta thanks to the new Assault Rounds in “Firebase Z.” Because these take place across the three Defense areas (Rocky, Scorched, and Jungle), where the undead rush forward from one of several lanes, an Operator with a sniper rifle can easily line up multiple zombies at once for satisfying collateral eliminations. 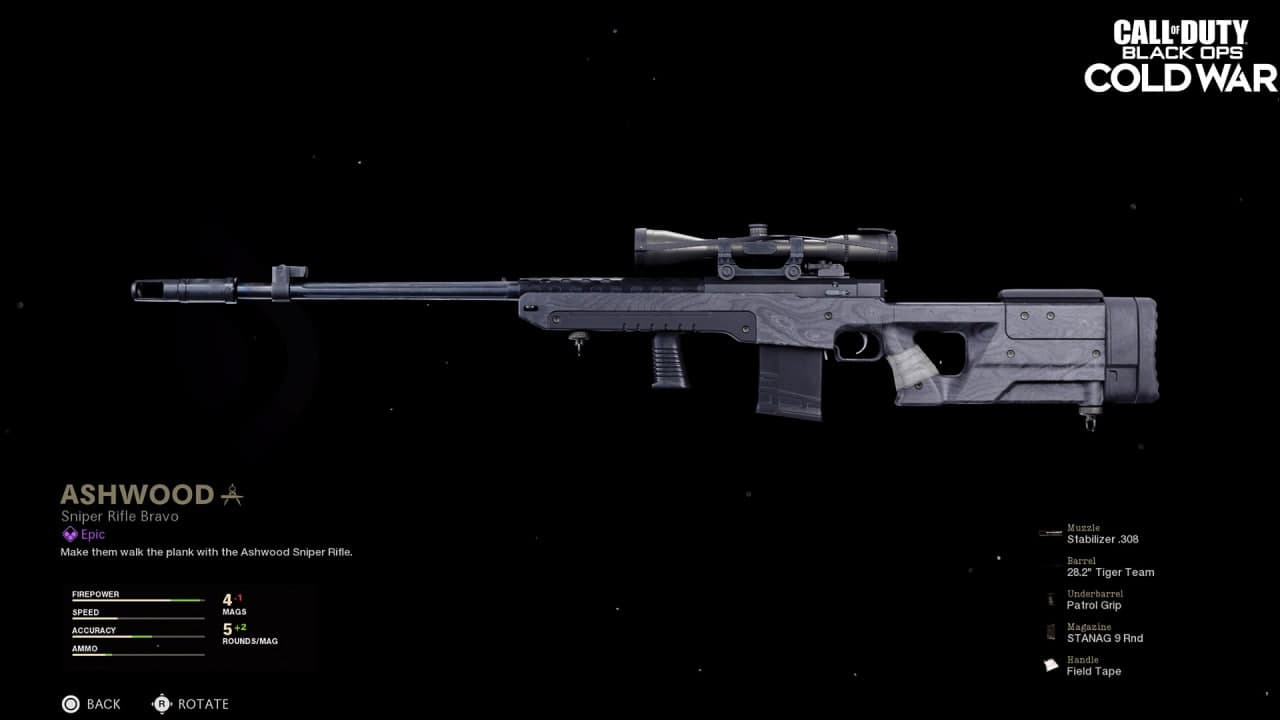 3. Shotguns for Objectives in Close Quarters

Before reaching the Assault Rounds, there’s the main objective that involves defending collection units across the facility in mostly CQB situations. This is where shotguns of Black Ops Cold War perform at their best, and the “Warden’s Word” Blueprint, which is a free unlock at Tier 55 of the Season One Battle Pass system, is an excellent platform to base a successful survival strategy around. 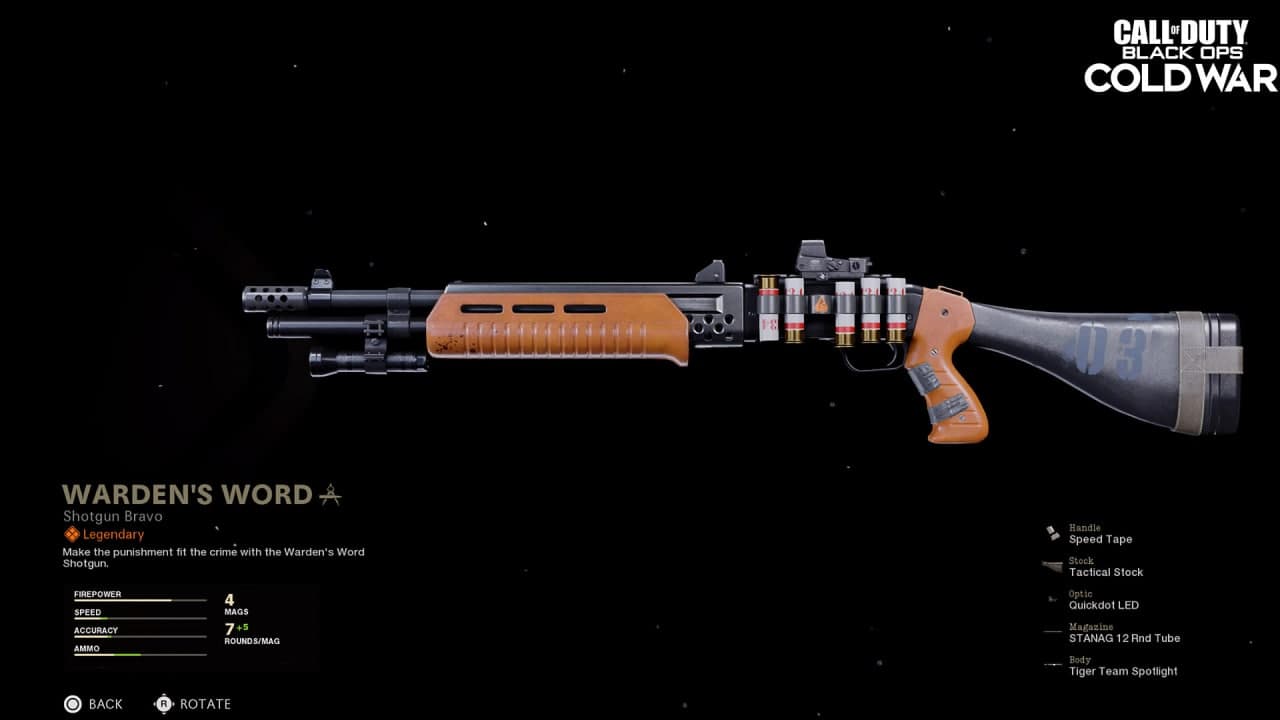 Melee weapons are pure point plays, a melee kill is worth just as much Essence as a Critical Kill (115), and after upgrading the Melee Skill to Tier II with enough Raw Aetherium Crystals, these tools are one-hit knockouts without any upgrades through Round 11. When using these weapons in a Primary Loadout, it’s often best to use that excess Essence to head for the Mystery Box and attempt to roll a strong ranged weapon or get a Wall Buy gun to fend off deadlier creatures like the Mimic.

5.Gunsmith Blueprint of the Week

Our fifth loadout that we recommend syncs up with the Weapon Blueprint we want to highlight this week – the “Crimson Dozer” assault rifle, the other Blueprint featured in the “Zombie Dozer” bundle. 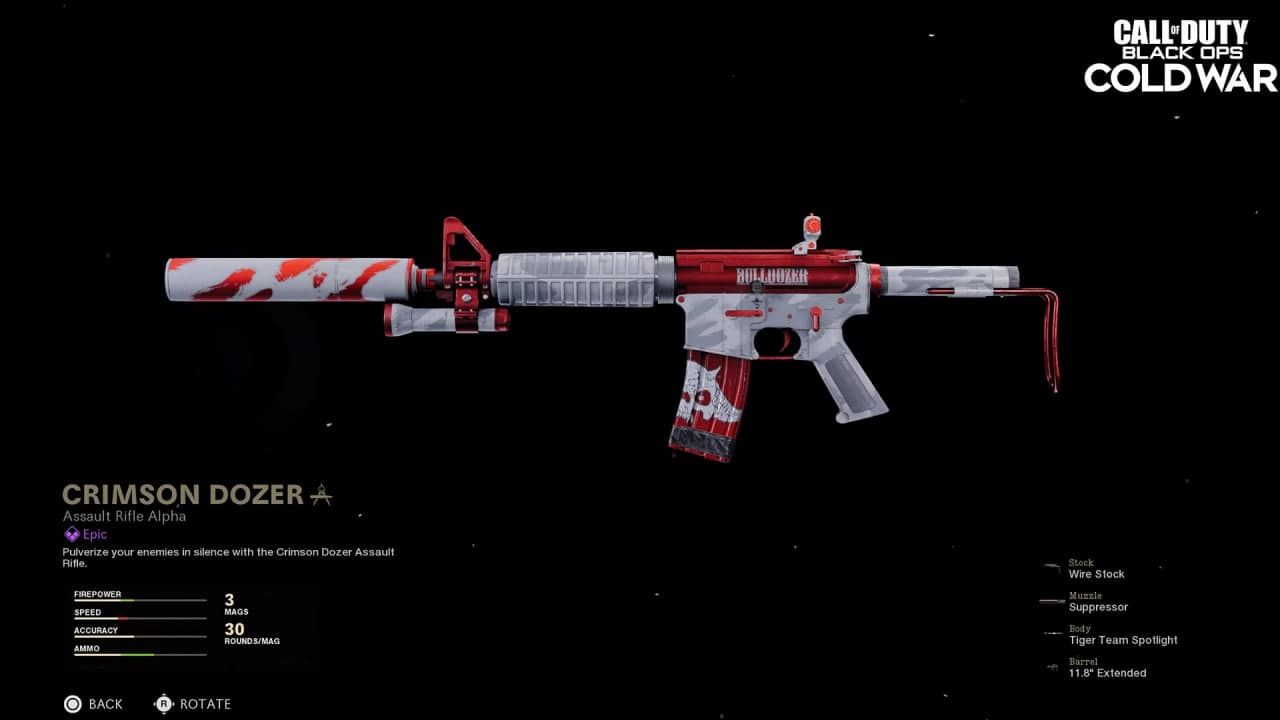