The most awaited update of the Free Fire OB26 Advance server made its way to the gamers. This update with a bunch of in-game content including the latest weapons, new features, improvements, fixes for characters, optimization for better performance, and many more.

Just go to your device store to update the latest patch and start experiencing the new features such as the updated training grounds, revival system in classic mode, radio commands, and the new Dynamic Duo system. 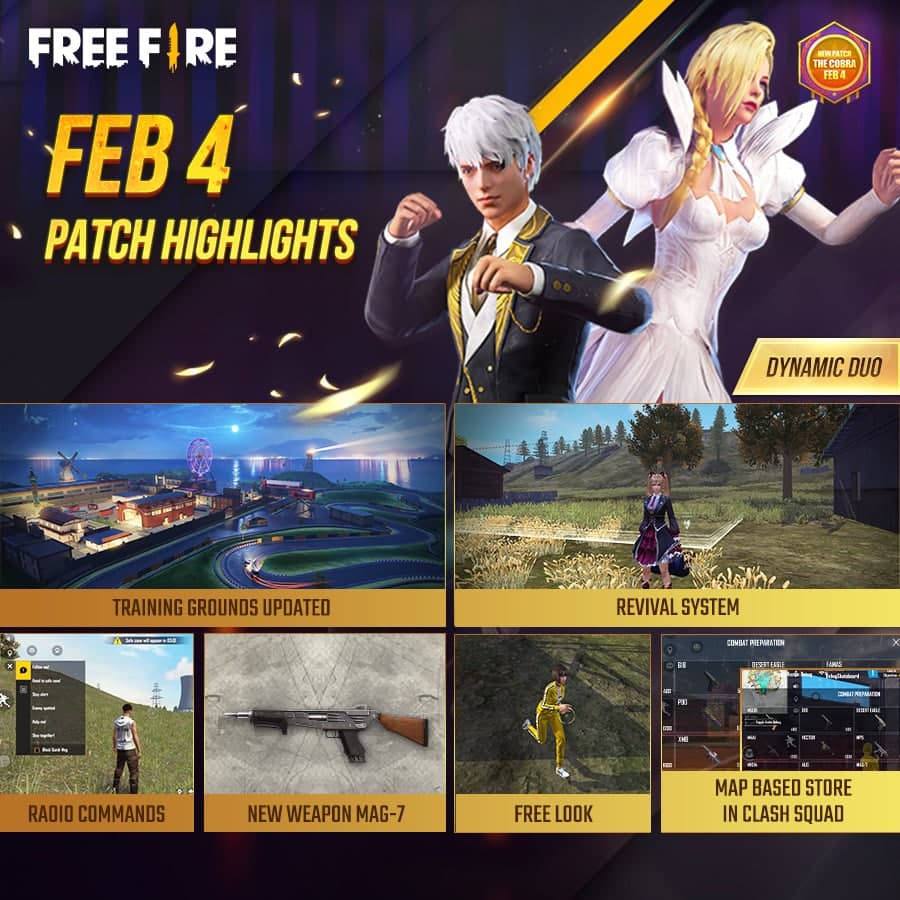 However, as the maintenance time ends, users may update and play as usual. This update brings several new features, game modes, weapons, maps, and more.

In addition, Garena also updates Training Ground in this patch including the war chest on the map to get resources in the battle.

Aside from this, PUBG Corporation started PUBG Mobile Beta 1.3 beta version to test the new features before adding them to the final global release of PUBG Mobile games.