Top Posts
Android 11-based One UI 3.1 rolling out for...
Samsung April 2021 security updates tracker [May 11,...
Huawei MatePad 2/MatePad Pro 2 first sale could...
GTA 6 will return to the Vicious City...
Samsung Galaxy Tab S7+ Lite revealed in every...
Sony’s next-gen PlayStation VR renders exposed, to feature...
Deals: Here are the best budget gaming PC...
These are the best affordable gaming laptop deals...
Here are the best Nintendo Switch deals and...
These are the top 10 Android games with...
Games

Garena Free Fire game developers are dealing with the use of unauthorized third-party programs that Garena does not release. Also, modify the game client or play on the modified game client to use functions that do not exist in the Garena official game is going on increasing.

However, the developers have been making continuous improvements to the anti-hack system. The company permanently banned fake accounts against fraud.

Following the step of the Free Fire Zero Tolerance Policy against fraud, the company again banned 1,683,261 accounts for using the cheats. Among these, 53% of accounts are reported that players excluded them, while the remaining accounts are separated for the anti-hacking system. 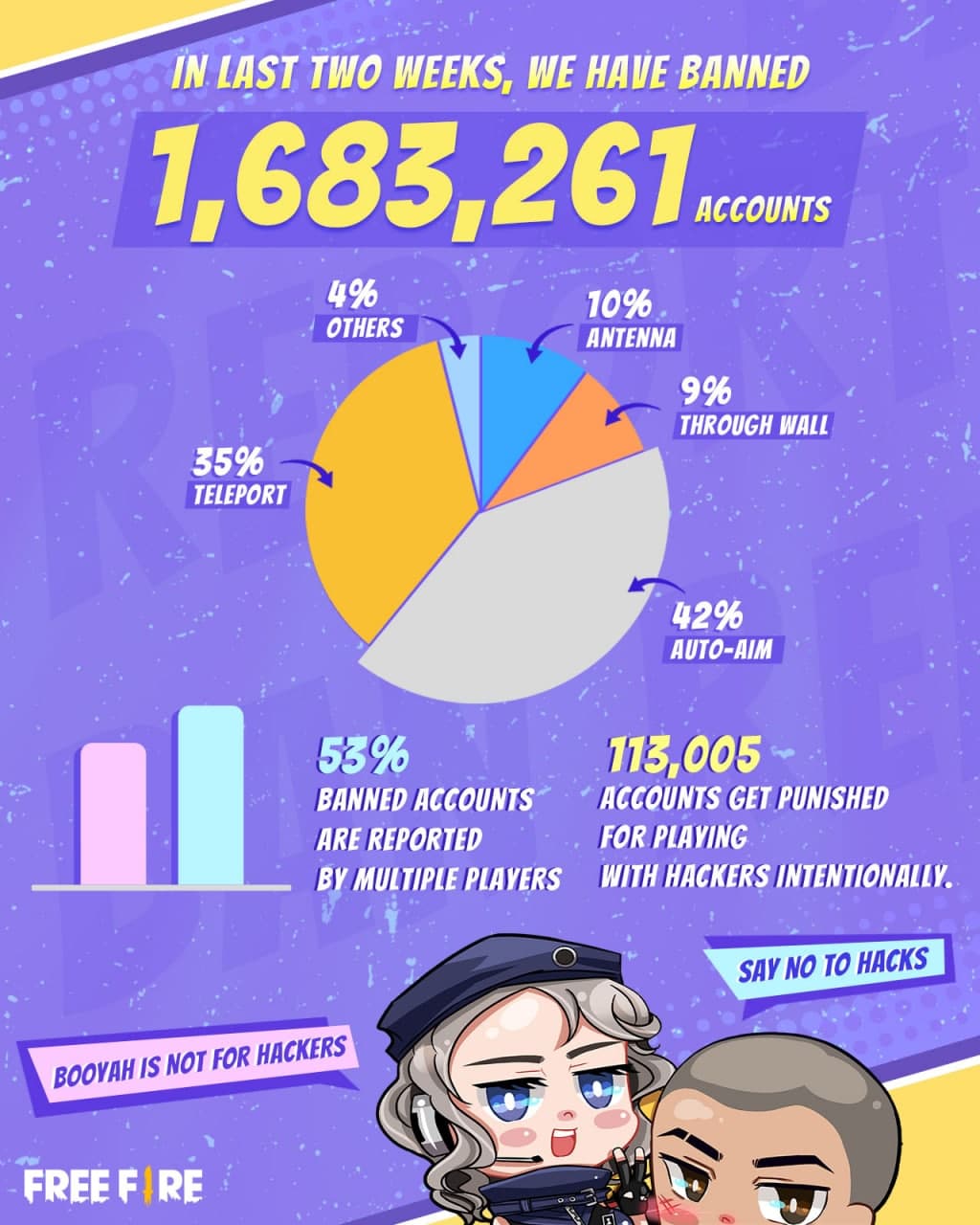