Garena‘s latest patch, “Garena Free Fire – The Cobra” has already released with several new features, game modes, weapons, maps, and more. This new update can be easily downloaded from the Google Play Store, or you can download the APK and OBB files by using this link.

Recently, Garena Free Fire announced the Project Cobra peak day with a new set of Cobra items, similar to the Cobra which strikes fast and hard before they can even see your shadows. This Cobra Top Up event has ended on 23 February 2021.

In addition, Garena also unlocks Shirou for free when you log in on the 27th of February. But players be sure to join the game on the peak day of the Project Cobra event or you’ll miss the chance to collect Shirou. 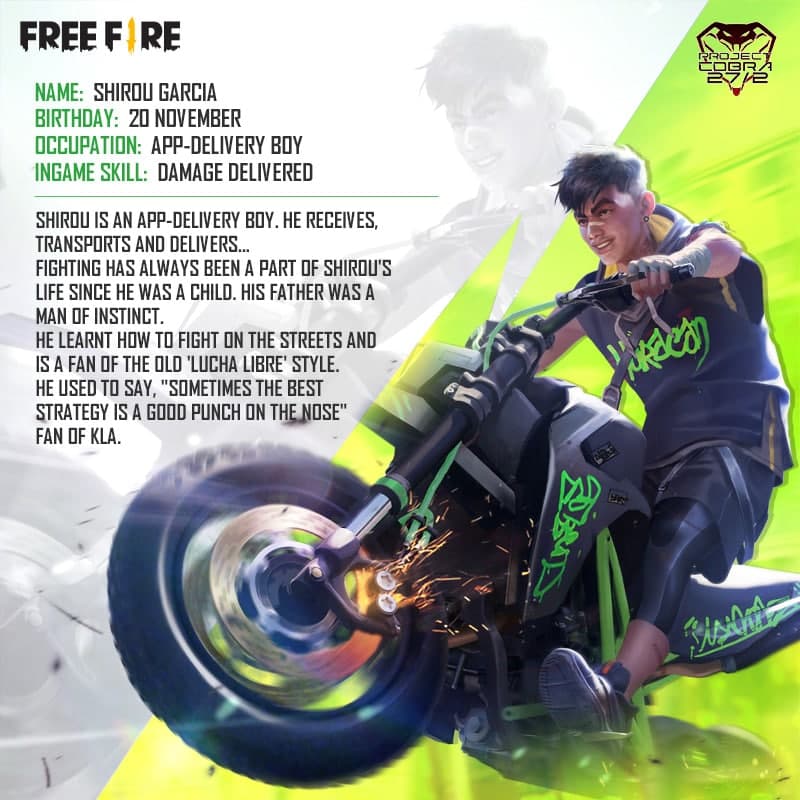 Aside from this, the legendary Katana Cobra is also available along with the Cobra Sprinter bundle. To take part in the Cobra Spin event in-game, and stand a chance to win these two Project Cobra exclusive items.

Furthermore, just like the koi fish, the AWM is a symbol of power, and most often it brings you good fortune in the Game. This weapon may strike slow and steadily, but no one dares to belittle its power.

With an added rate of fire and armour penetration, it will surely be the fear of your enemies. Get the AWM Lucky Koi from Weapon Royale beginning.