League of Legends 11.6 patch features leaked before the 11.5 stable released

Last month, the developer of League of Legends had shared information, that there are no new skins in the 11.4 patch, the upcoming 11.5 updates will bring some good stuff.

Moving forward, a well-known tipster Mark Yetter unveiled information about the upcoming update of the League of Legends 14.5 patch. There are a number of targeting nerfs or buffs on a specific position, so some of the changes will be skewed towards that.

However, the developer of League of Legends not yet released the 11.5 update the tipster Mark Yetter revealed the full features of the next 11.6 patches. There are a number of targeting nerfs or buffs on a specific position, so some of the changes will be skewed towards that.

The developer will be adding more rules to Guinsoo’s Rageblade and provide clarification for its synergy with Senna. They are also helping Muramana out of its identity crisis with Essence Reaver by giving it more of a niche. So sharpen your stingers, buzz onto the Rift, and make a beeline down mid. See ya next patch. 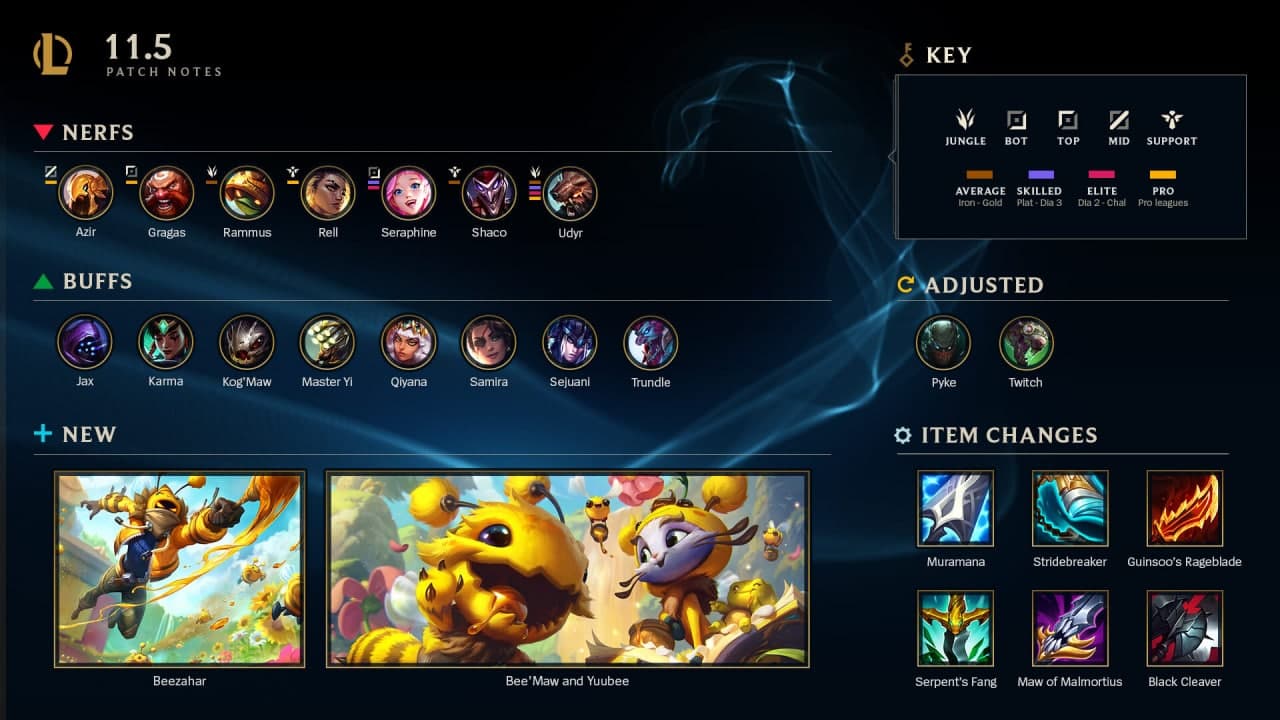 11.6 Patch Preview with the tentative changes.

Some of these are still probably getting some small adjustments but it's nearly done. Thanks for the feedback so far. pic.twitter.com/soiI365zvG