Recently, PlayStation released thrilled to announce that they are releasing a native PlayStation 5 version of Manifold Garden next week on May 20. Even better, if you own the PS4 version or the PS4 Deluxe Edition, you will be able to upgrade for free.

The PS5 version of the game runs at native 4K at 60 FPS and loads very fast. If you want to load the game even faster, you can “Resume” from an activity card and begin playing the game within five seconds. they’ve also taken full advantage of the haptics made possible by the DualSense wireless controller.

Additionally, the entire title supports the Official Game Help feature for eligible PlayStation Plus subscribers. Every puzzle in the main progression of the game is fully documented in solution videos without showing you puzzles you haven’t already seen.

So what does the extra fidelity of the PS5 version look like in practice for Manifold Garden? A core part of the game is traversing through beautiful and impossible architecture, so they’re thrilled that players can experience the world as it was meant to be viewed – in full 4K.

And finally, the significantly improved draw distance of the PS5 version really helps build the unsettling and beautiful atmosphere, surrounding the player in an endlessly recurring sequence of geometry.

One of our favorite enhancements for the PlayStation 5 version is the haptic feedback on the DualSense wireless controller. This technology has allowed us to make the game even more immersive. When you open a door that’s far away, you’ll experience a faint pulse.

Likewise, when a laser moves from one side of the screen to the other, you’ll feel that same direction mirrored in the controller. There’s even a particular moment in the game when the geometry appears to be corrupted, and the haptic feedback that accompanies this really captures the feeling of a world being torn apart. 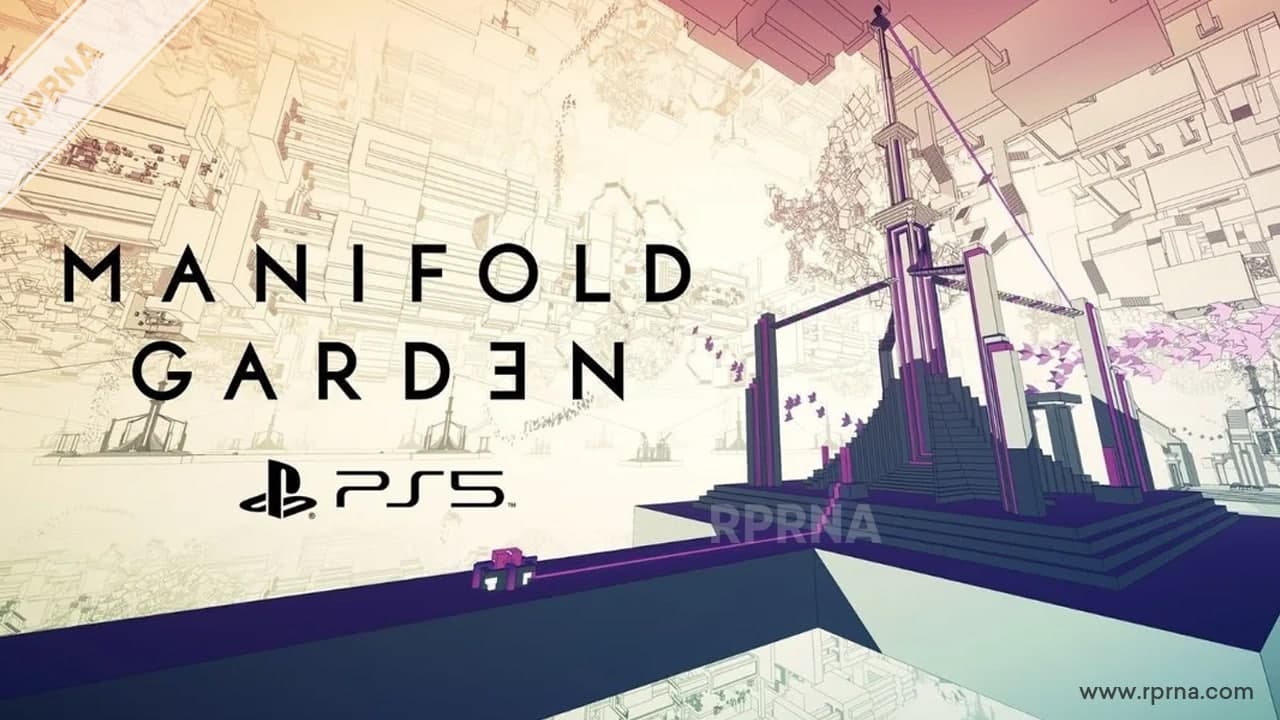 The developers also announcing a collaboration with iam8bit today to bring the PS5 version of the game to retail, with brand new cover art and an exclusive pop-up card if you buy directly from iam8bit’s store. The soundtrack is also being released in a beautiful 2xLP Vinyl set with its own gatefold pop-up.

A lot of love and care went into making sure these are stunning and works of art in their own right, and we can’t wait for them to get into your hands. The soundtrack also features two exclusive tracks not found on any digital version of the soundtrack that accompany the alternate endings found in Manifold Garden. Pre-orders for the physical PlayStation 5 version of the game as well as the 2xLP Vinyl set begin today.