Google has begun rolling out a helpful update for the Digital Wellbeing app, with Android 10 being part of the standard preinstalled apps.

Users noticed a new feature – Heads Up warnings (can be translated as “Beware” and “Raise your head”). The meaning of the function is that the system detects when the user has buried himself in the smartphone on the go and displays an alert with a warning.

When activating the function in the application, the developers emphasize that just turning on alerts is not enough, you really need to pay attention to the environment.

Apparently, the users of Pixel-branded smartphones with the installed beta version of Digital Wellbeing were the first to join the innovation. A more massive launch is expected soon. 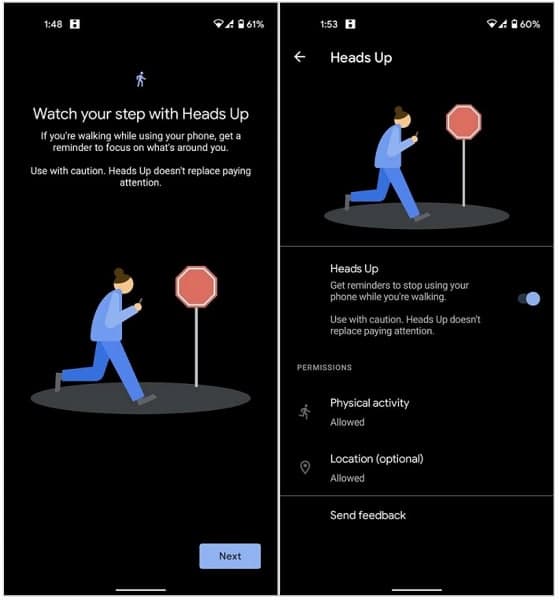 Google introduced the Digital Wellbeing app for Android in 2018 and it has become a must for new Android 10 smartphones from January 2020. Digital Wellbeing is designed to help control digital addiction and time spent on gadgets.