Volvo EX90 electric SUV will make its world premiere on November 9. The new car is also based on the Volvo SPA2 platform as the Polestar 3. Volvo officials today revealed part of the interior of the new-generation flagship electric car EX90.

In terms of interior, the new car adopts a brand-new design style. The three-spoke steering wheel is combined with a narrow-bar LCD instrument (which can display driving-related information, such as speed, cruising range, navigation route, etc.) and a vertical large-size central control screen.

The car looks very tech-savvy. At the same time, the through-type air-conditioning outlet increases the visual layering in the car. Judging from the preview image, the Volvo EX90 cockpit has canceled a lot of physical buttons, and this interior design style is derived from the Volvo Recharge concept car. 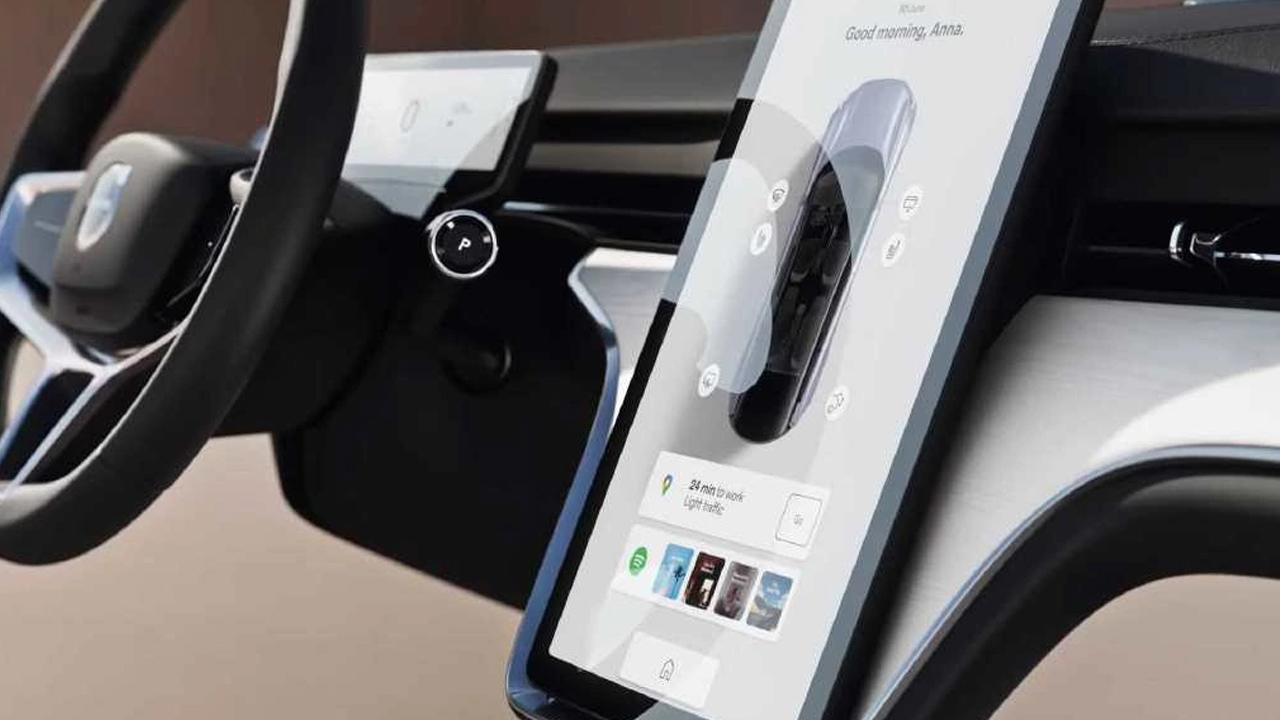 Moreover, the new car will also be equipped with a DUS dual-camera driver perception system, which consists of a capacitive steering wheel and two cameras, which can obtain driver status information and integrate it with automatic driving algorithms.

When the driver’s attention is no longer focused on driving and support is needed, the vehicle will step in and use external sensors to make safe driving decisions (such as reducing speed, lane keeping, or even braking the vehicle).

Volvo officials also confirmed a new feature of the EX90: two-way charging. Also known as V2L (vehicle-to-load), the feature allows the vehicle to power anything from camping appliances to your real home.