Samsung Display filed another US patent lawsuit against JOLED in Japan

Earlier, Samsung Display, which filed the JOLED case in Japan last year, has launched a second counterattack against JOLED. Recently, Samsung filed a patent infringement lawsuit against JOLED in Japan and Asus in Taiwan through the US subsidiary IKT (Intellectual Keystone Technology) in Western Federal Court in Texas.

The IKT is a subsidiary of Samsung Display, established in the US in 2013 for the purpose of patent transactions. At the time, Samsung Display had invested $25 million (approximately 27 billion) in IKT and provided organic light-emitting diode (OLED) displays, lighting, encapsulation, materials, and liquid crystal displays (LCD).

Earlier on the 8th, Samsung Display filed a patent lawsuit in a Texas Western court, claiming that JOLED had infringed on a patent for its’ thin film transistor array substrate and the organic light-emitting display device (patent number 9,768,240).

Samsung Display claims that the OLED panel that gave JOLED to Asus at the time used the patent without permission. The defendants are Zold and Asus.

When Samsung Display filed a patent lawsuit against JOLED 11 days after the eighth date, the level of dispute between the two sides escalated. 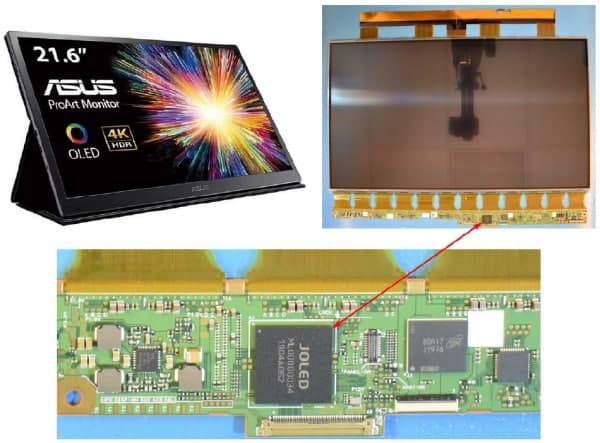 JOLED is a position that Samsung Electronics and Samsung Display have applied their patents to more than 40 models, including Samsung Galaxy Note 4 and S5, Galaxy Fold, and Galaxy Z Flip

JOLED is an LED company created in 2015 by a joint venture between the Industrial Innovation Organization (INCJ), a Japanese government agency, and Japan Display (JDI), Sony, and Panasonic. JDI acquired JOLED in 2016. JOLED plans to challenge the large OLED TV panel market in collaboration with CSOT (TCL) in China.