Samsung is the global leader in the display panel market. It specializes in high-quality displays for a variety of sectors, including LED (organic light-emitting diode) and LCD technologies, including mobile phones, IT, and industrial use.

According to a report of UBI Research, Samsung Display was evaluating potential investments to expand its production of organic light-emitting diode (OLED) for notebooks. The UBI Research CEO Choong Hoon Yi also said Samsung Electronics will unlikely to use Samsung Display’s quantum dot (QD)-OLED for its TVs.

It is reported that the notebook OLED production equipment of the A4 plant will be ordered this season and will be stocked at the end of the year as early as the end of next year at the latest. Since Samsung Display has already produced notebook OLED panels, it will not take much time to mass-produce after the installation of the facility is completed.

L7-2 is currently used to manufacture large-sized liquid crystal display (LCD) panels, which the company is reducing production. L7-2, which will likely be renamed A4-2, will be used to manufacture low-temperature polycrystalline oxide (LPTO) thin-film transistor (TFT) rigid OLED. It will have a production capacity of 15,000 or 30,000 substrates per month.

Samsung is expanding the use of LCD instead of rigid OLED for its mid-tier smartphones. Huawei’s smartphone business is contracting. A2 has been used to supply rigid OLED panels to the two smartphone makers but if demand from them continues to decline, Samsung Display may choose to use A2 to expand notebook OLED production instead of building the new A4-2 line. 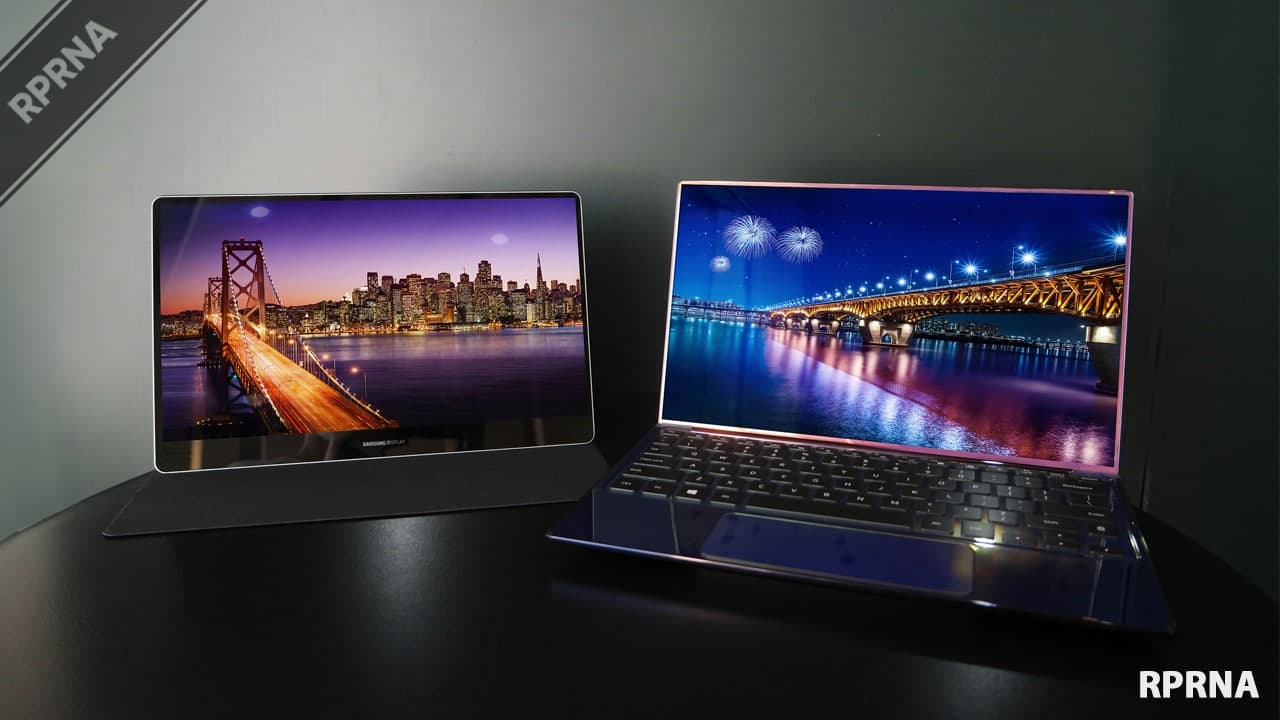 Samsung Display also had no plans to expand its QD-OLED and panels for its TVs production line, the UBI Research CEO said. UBI Research confirmed that Samsung will be launching a QD-OLED monitor next year, Yi said, but no TVs. Japan’s Sony is more likely to consider using QD-OLED.

Sony used around 30% of the OLED panels produced by LG Display, the CEO said. If the Japanese company uses Samsung’s QD-OLED panels, it can use it as leverage to cut panel prices from LG Display. However, it remains to be seen whether Samsung Display will sell QD-OLED panels while suffering losses.

Samsung Display will complete its review of quantum dot nanorod LED (QNED) next month and decide whether to spend more on testing. The company will likely begin investments for mass production late this year or early next year and mass production will likely start in 2023.

Additionally, Samsung Display was originally planning to extend LCD production up to September, the CEO said. However, due to requests and pressure from Samsung Electronics, Samsung Display will now produce LCD up until the end of 2021.