This information is unlikely to be a revelation, as it was reported by the corporate vice president of games Sarah Bond. But the French division of Xbox has shared more accurate data. Xbox Game Pass subscribers play online games more than other users: with friends by 22%, with family by 26% at least once a week.

It is reported that 62% of French players are subscribed to gaming services. Nearly half of them (42%) play subscription games at least once a week, but for Xbox Game Pass users the figure is 70%. The study was conducted in December 2020 among 14 thousand players from different European countries aged 16 to 40.

A new study conducted by Xbox shows how French gamers stay connected with Xbox Game Pass, its members logging in more regularly to play with their friends and family than those who are not subscribed.

While the Xbox Game Pass has now exceeded 18 million members worldwide, this new study was conducted on a sample of more than 2,000 French players and provides a detailed look at the subscription services that ‘they use for their entertainment. More than half of French players (55%) play online at least once a week.

This figure increases when we talk about Xbox Game Pass members, who are more inclined to share their online experience (+ 24%), whether with their family (+ 26%) or their friends ( + 22%).

The study also shows that entertainment subscription services have become essential in our daily lives since 92% of French players subscribe to at least one service and 62% of respondents also have a subscription to a video game service. 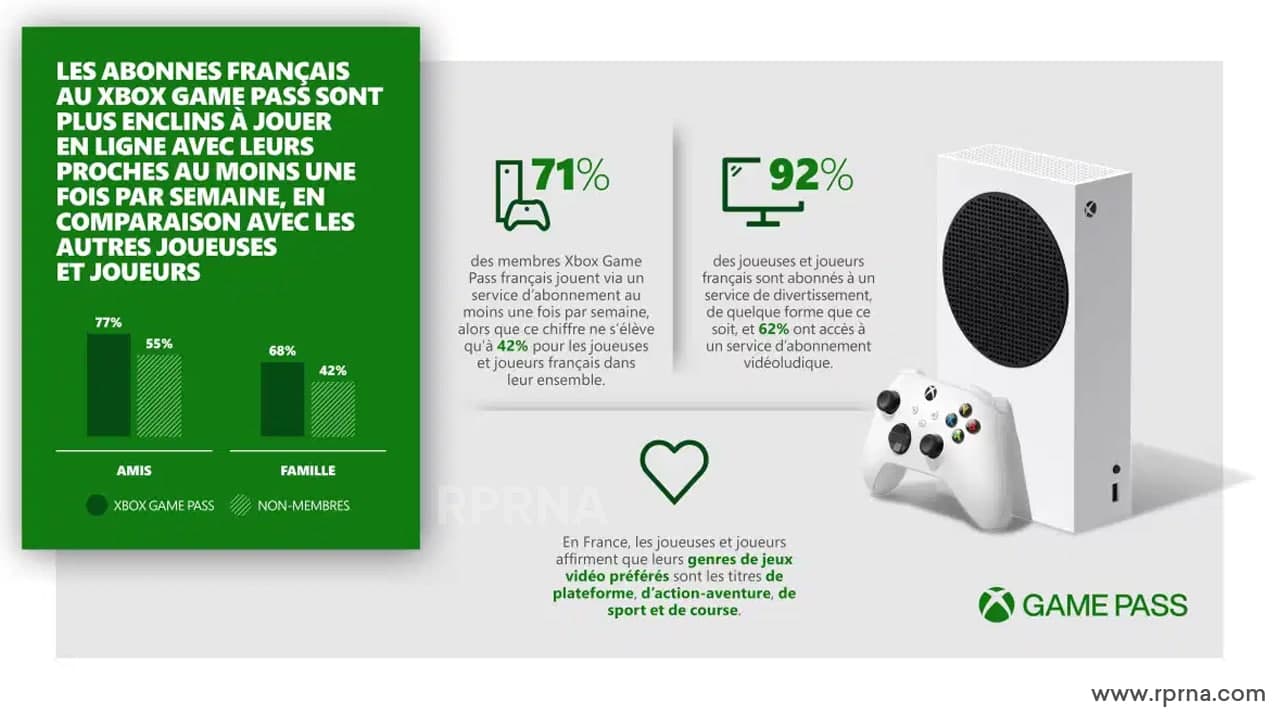 According to our study, the preferred genres of French gamers are the platform, action-adventure games, and sports and automobile simulations. The Xbox Game Pass library offers essential titles for them, like the platform games Ori and the Will of the Wisps and Hollow Knight, rogue-like like Dead Cells, games from RPG-oriented shooting like Outriders, racing games like DiRT 5 or Forza Horizon 4, or sports simulations like FIFA 21 or NBA 2K21