Shortly after the WWDC 2022 keynote, Apple announced the release of various APIs and utilities to app developers. The Lock Screen API helps developers integrate their app’s information for display on the iOS 16 lock screen.

Xcode Cloud will allow development teams to offload app build and compilation data to the cloud. It also allows team members, collaborators, and colleagues to contribute and make changes to the application’s codebase at any time.

Similar to consumer-facing iCloud, it will free up local storage and allow development teams to test at scale on simulated current Apple hardware. It will also make builds easy to deploy to users using TestFlight.

The new version of Xcode builds 25% faster and has a 30% smaller application footprint. A new multi-platform target option compiles for iOS, iPadOS, macOS, and tvOS in SwiftUI with a single switch.

SwiftUI now has an improved navigation API. Using custom layouts, developers can create layouts tailored specifically for their applications. Swift charts can be customized to provide developers with the best data visualization possible.

Metal 3 is also included in the distribution. It optimizes file retrieval time and facilitates graphics upgrades. WeatherKit will help integrate data previously only available from the Apple Watch into their own apps. This leverages Dark Sky API data obtained by Apple earlier in 2020. Now it’s available to developers again.

These new utilities join the privacy-focused advertising and system functionality APIs now released to registered developers. The main APIs included in the press release are:

Here is the official introduction:

WeatherKit enables developers to integrate forecast data from the Apple Weather app directly into their apps, and Xcode Cloud, built into Xcode, and integration and delivery service that Apple continues to polish, is now available to all Apple Developer Program members to help them better Develop higher-quality apps quickly.

Metal 3 enables game developers to create stunning graphics with higher performance, and with improvements in Swift, SwiftUI, and Xcode, the process of developing apps for Apple platforms will become more arbitrary. Improvements to SKAdNetwork will allow ad networks and developers to better evaluate ad performance while protecting user privacy. 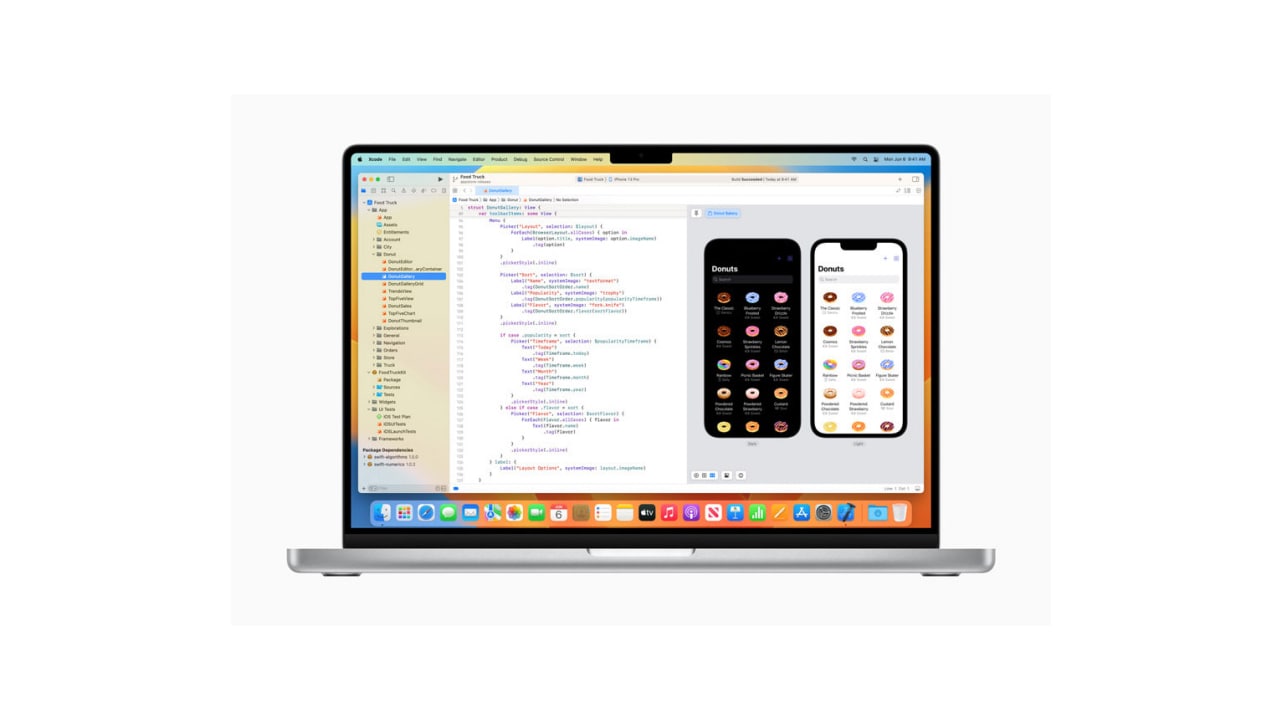 Xcode Cloud is now available with a range of subscription plans to meet developer needs. Until December 2023, all Apple Developer Program members get 25 hours of free usage per month. Subscription plans up to 1,000 hours per month.

Built into Xcode, Xcode Cloud is an ever-improving integration and delivery cloud service designed for Apple developers. By automatically building apps in the cloud, it frees up developers’ Macs for other tasks, allowing development teams of all sizes to more efficiently build, test, and deliver high-quality apps. Additionally, with parallel testing in the cloud, developers can test mock versions on every current Apple device, easily deploy for internal testing, or deliver to beta testers via TestFlight.

Xcode 14 features brand-new enhancements to further improve developer productivity. Thanks to the more powerful parallel compilation capability, the project build speed is increased by up to 25%. In addition, the Xcode application download package size has been reduced by 30%, and the simulator runtime environment for watchOS and tvOS is available for download. The new multi-platform Target creates a SwiftUI interface that can be used across iOS, iPadOS, macOS, and tvOS.

The developer’s code is now easier to maintain while supporting a high degree of customization to take advantage of the unique capabilities of each platform. In new versions of Xcode, the SwiftUI live preview is interactive by default, so any changes will take effect immediately.

The result of this processing is games that run at higher performance, are more responsive, and look stunning. The new Fast Resource Loading API establishes a more direct channel between memory and the graphics processor, which can significantly reduce latency and allow games to easily render expansive worlds created by high-quality textures and geometry for a real immersion experience.

Game developers integrating Game Center can now add an Activity view to the Dashboard, allowing users to see what games their friends are playing and their top scores. Additionally, support for simulcast sharing makes it easier for users to play together in real time.

Swift and SwiftUI offer a great way to build apps, and now with new features that simplify the development process.

Swift adds powerful string processing capabilities and built-in support for new regular expression literals, allowing developers to quickly check the correctness of regular expressions and extract information with less code. Swift Package Manager now offers a new Package Plugin that makes it easier for developers to run custom commands in their projects, and even upload and share those commands with others.

SwiftUI is Apple’s next-generation user interface framework with an enhanced navigation API that lets developers more easily control how an app’s views navigate. With Custom Layouts, developers can go beyond the limitations of common app layouts and create layout versions that best fit their app design. Plus, Swift Charts can be customized for almost any charting need, so developers can better visualize data in their apps.

Developers can call WeatherKit through Swift and REST’s native API, with Apple Developer Program members enjoying up to 500,000 API calls per month. Starting this fall, developers who need more calls will be able to purchase additional service tiers directly in the Apple Developer app.

Apple developers can now use more APIs than ever to create the app experiences users love. Some of the latest APIs available to developers include:

Collaboration tools: The rich collaboration capabilities built into messaging apps are now available to third-party apps. Developers can also highlight content shared by users in messaging apps in the new “Shared with You” section in their apps, making it easier for recipients to retrace that content in the future.

Passkeys: Passkeys are a new generation of credentials that are more secure, easier to use, and as easy to use on the web as in apps.

Focus mode filter: Developers can adjust the content of the app according to the user’s current focus mode.

Automatic Shortcuts: Developers can now use App Intents to let users use their apps through Siri and Shortcuts without requiring user setup.

Live Activity: With WidgetKit, developers can show users the latest information on specific activities and events on the lock screen2.