Apple’s new privacy policy, ATT, will apply to users for permission before the app tracks users, which means that the app must first obtain user consent to track users.

According to the analysis company’s data, there are currently 10,000 apps in the App Store that support the ATT function introduced in iOS 14.5. Interestingly, most of these apps are game types, accounting for more than 20%. The utility category ranks second, but it is very different from the game category, accounting for only 6%.

AppFigures believes that more than half of users who received the “App Tracking Transparency” prompt chose to turn off this feature, which will indeed affect some companies whose business models are based on advertising. The report shows that some developers did not correctly explain how their data will be used if users choose to allow it, and some apps try to persuade users to click the “Allow” button. 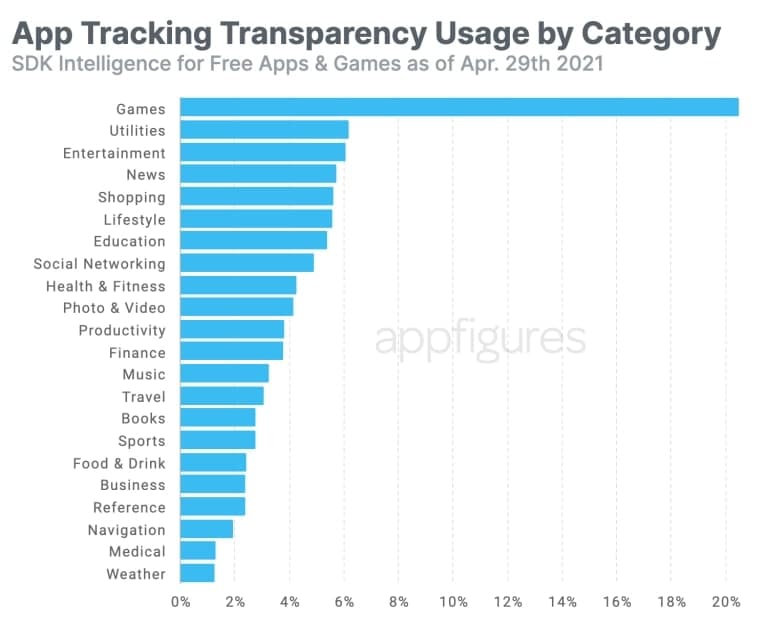 “Thank you for becoming a fan of our App! In order to continue to support us, please click “Allow” in the next step so that we can bring you personalized ads.” Some apps will pop up such a prompt. According to the App Store guidelines, this approach is not allowed, but there are still some developers who try to do so.

Since the introduction of this feature, companies such as Facebook and Alibaba have paid close attention to “App tracking transparency.” As users gradually update to iOS 14.5, these companies have been considering how to ensure revenue. But so far, there seems to be no solution.

Amazon may be preparing for company’s first CEO handover