Most of the revealers believed that the Apple iPhone 14 Pro model will support the screen display, and users can view and browse information without clicking the wake-up screen. In the latest issue of Bloomberg’s Power On newsletter, Mark Gurman said the feature will include a new lock screen widget that supports iOS 16, which can be used for weather, fitness, and more.

“As the Apple Watch, the iPhone 14 Pro will be able to display widgets for weather, calendar, stocks, events, and other data while keeping the screen low brightness and frame rate,” Gurman wrote, “and will Like the Apple Watch, it will provide users with a new feature – preventing sensitive data from appearing on the lock screen and preventing others from seeing.”

AOD may also display things like time, date, and unread notifications. Apple has adopted the AOD display mode since the Apple Watch Series 5 because the industry believes that Apple is likely to let users enable or disable the iPhone 14 Pro’s AOD always-on display mode through the settings app. 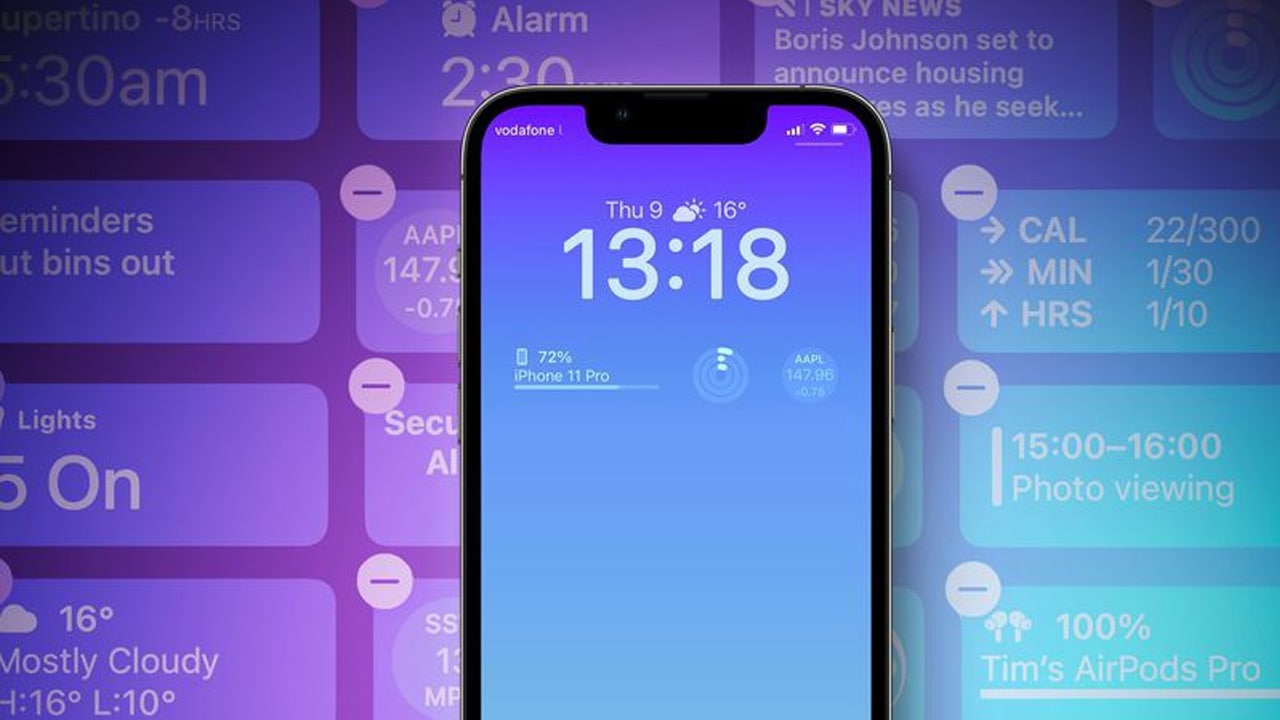 As Gurman mentioned, the iPhone 14 Pro’s AOD feature can combine “lower brightness” and “lower refresh rates” to extend battery life. It’s worth mentioning that Apple introduced the ProMotion feature on the iPhone 13 Pro models, which allows the screen to drop to 10Hz when idle to save power.

Unsurprisingly, Apple may release the iPhone 14 series around September as in previous years, but only the iPhone 14 Pro and Pro Max models are expected to have ProMotion and AOD features, but this flagship will certainly be available in the future. Advanced features are devolved into standard models.

In addition, Gurman said that Apple is planning to launch a new Mac mini with an M2 Pro chip, a new Apple TV with an A14 chip, a revamped HomePod, and more.