The United States Patent and Trademark Office (USPTO) published a new patent from Apple entitled “Modifying functionality of an electronic device during a moisture exposure” event”. The patent shows that users will be able to complete interactions such as typing when the iPhone screen is wet, effectively reducing accidental touches. The patent will also improve the experience of using electronic devices exposed to water.

Moreover, the patent shows that the method would add a “protective layer” to the phone’s screen that would be connected to Apple’s touch detection system. With the protective layer, the system is able to detect the force exerted on the display panel and can also detect the presence of moisture on the screen.

When the moisture level on the screen exceeds a preset threshold, the algorithm will adjust the digitizer in response to the user’s actions, taking into account the additional pressure created by the moisture. In addition, when the user uses the iPhone underwater, the UI of the iPhone will change, for example, the App icon will be larger and easier to press when using the camera underwater. 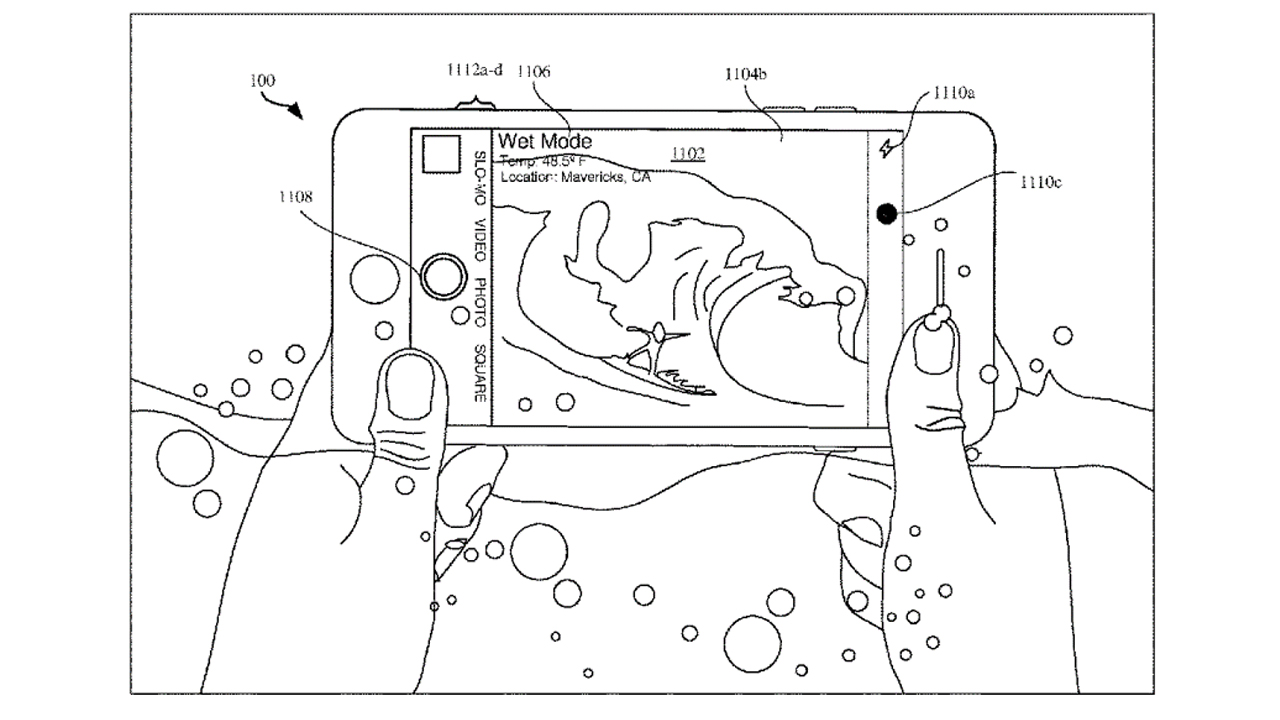 Furthermore, the feature may be turned on by default and activated automatically when moisture is detected. But the patent also shows a possible future option in the iPhone that would allow users to manually toggle the feature. Of course, as a patent, it is still unknown whether Apple will introduce this feature in future iPhones, but from the perspective of patents, this feature is still very useful.