According to the latest report, Google Cloud said in a press release on Wednesday that Google’s cloud service has broken the record it set in 2019, calculating the 100 trillion pi number, Last time, Google Cloud pinpointed pi to 31.4 trillion digits. 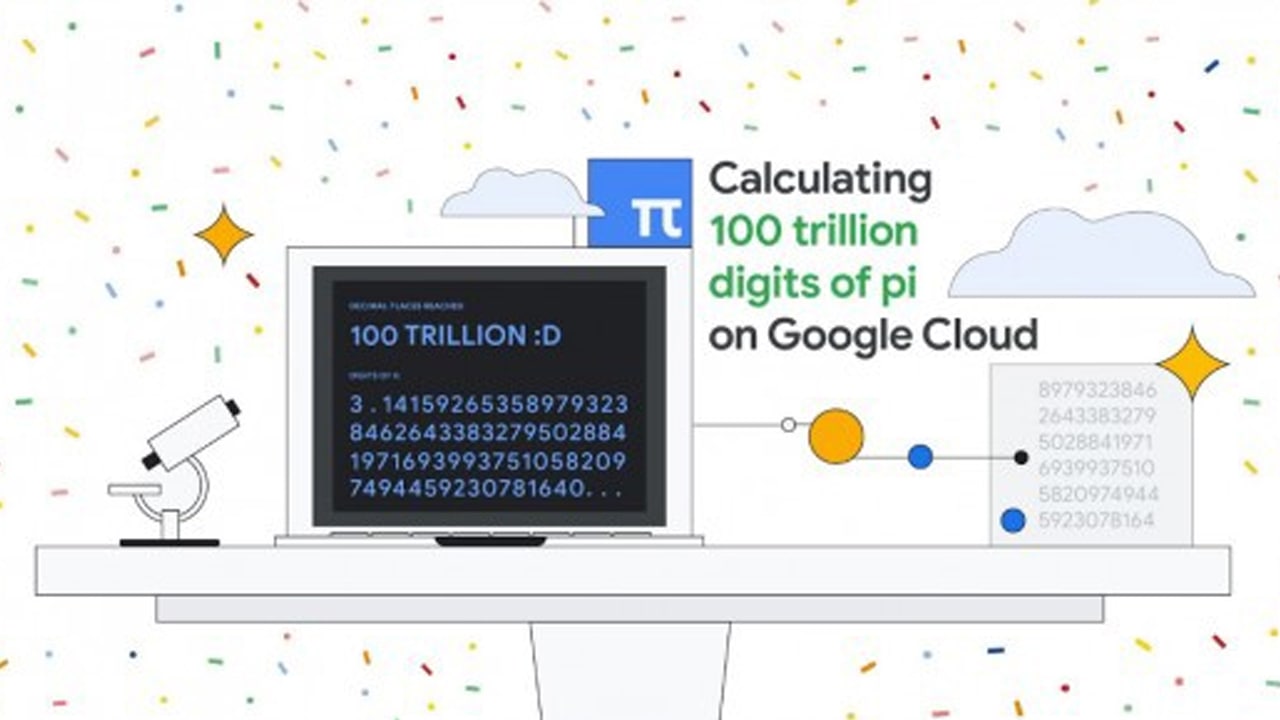