Google is sending a new upgrade to its Messages app on Android, now you can send the reactions to the SMS which is similar to Apple’s iMessage.  Google copies this iMessage reaction for the Android app.

Notably, Google rolled out this trait for RCS in the year 2020. You can leave the iMessage-like reactions on RCS with the Seven emojis that are available in the chat.

According to 9to5Google, reports have appeared that show iMessage-like reactions on the Google Message app.  The reaction pops on the bottom-right corner of the chat. You can see it in the below screenshot. 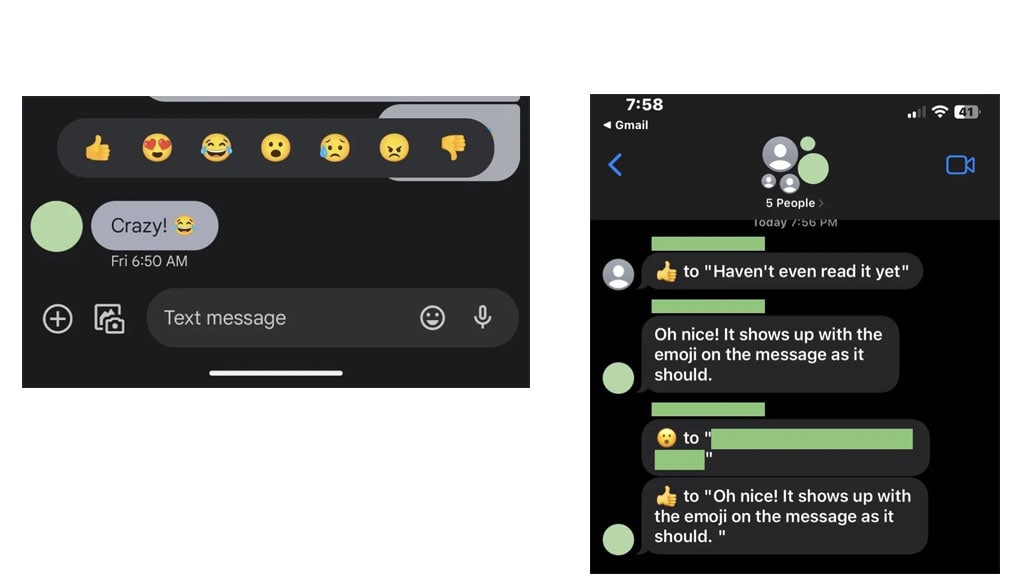 Similar to RCS, on holding the chat the seven emojis appear and you can react to the chat with those emojis.

Interestingly, Google’s fallback design is better than that of the iPhone and sends the text description instead of an emoji. The fallback is a text message from the sender with an emoji followed by what’s being responded to in quotes.

As Google copies iMessage, Android users can now be more expressive while using the Messages app.

Just so you know, adding a reaction to a text is very simple. You just need to tap and hold on to the message you want to give a reaction to and then tap on the emoji. You can choose which reaction emoji you would like to use.