Last year Nokia launched the Nokia T20 tablet, and now Nokia has a new tablet that has passed the US FCC (Federal Communications Commission) certification, the tablet model is TA-1462.

The certification shows that the tablet uses an 8-inch LCD screen with a screen resolution of 1280 x 800. In terms of battery life, the tablet is equipped with a 5100mAh battery. Although the name of the tablet is not yet certain, it is likely to be the Nokia T10. 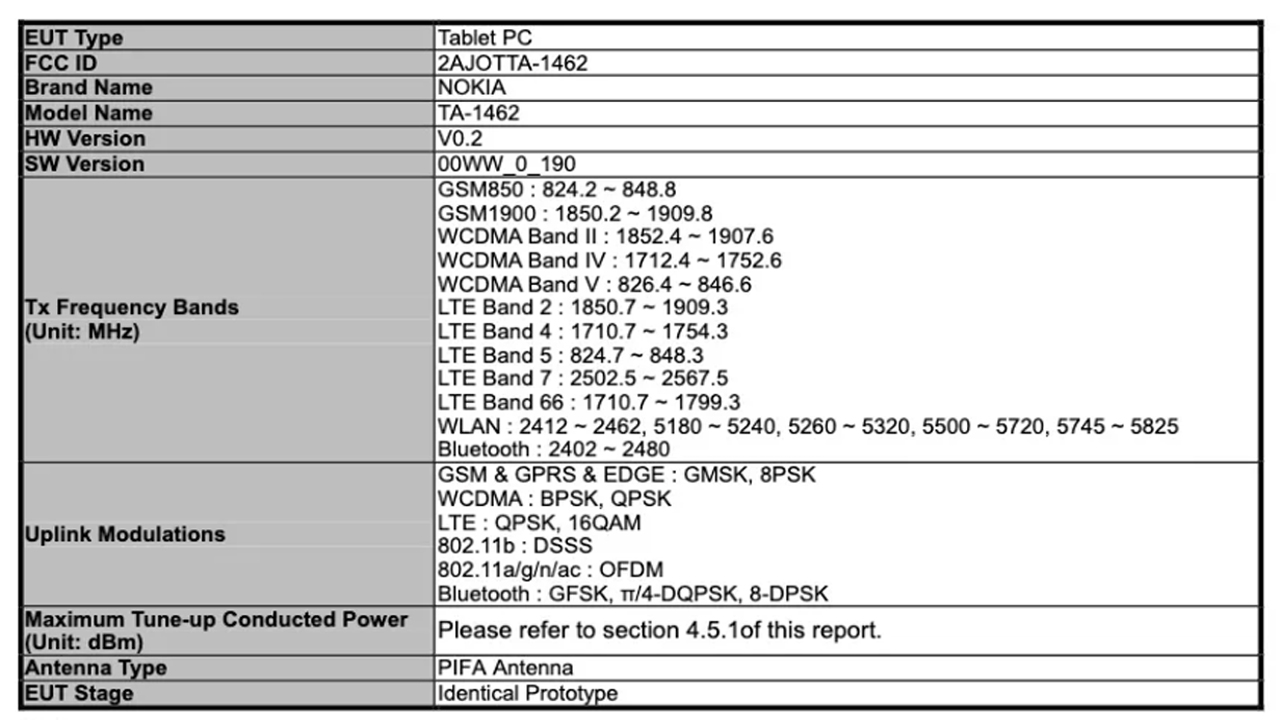 According to MySmartPrice, the Nokia T10 is positioned as an entry-level tablet with a screen refresh rate of 60Hz. In terms of imaging, the tablet has an 8-megapixel single camera on the rear, a 2-megapixel front lens, and supports 10W wired charging. Compared with the Nokia T20, the specifications of the Nokia T10 have been reduced in all aspects, and its price is expected to be further reduced.