The latest version of Apple macOS Monterey has a bug that cannot recognize the USB docking station, according to reports by several Apple users on various social platforms.

In the Reddit community, the Apple Developer Forum, and Apple’s official technical support community, Apple users have reported that after upgrading their Macs to macOS Monterey, they can’t use a USB docking station, but at this time the HDMI interface, USB type -C interface and other interfaces themselves can continue to work without any connection problems.

According to the user’s own discussion, this USB docking bug has the same problem as the early beta version of macOS Monterey, indicating that Apple has yet to fix the problem.

In response to Apple’s acknowledgment of the issue, Reddit user Flyersny81 posted on Reddit that he called Apple’s customer service asked him to try using an Apple-certified docking station. After doing this, Flyersny81 said it was still invalid.

Later, customer service staff told them that many people have been consulting and complaining about this problem lately, hoping that the next version of the system patch can solve this problem. 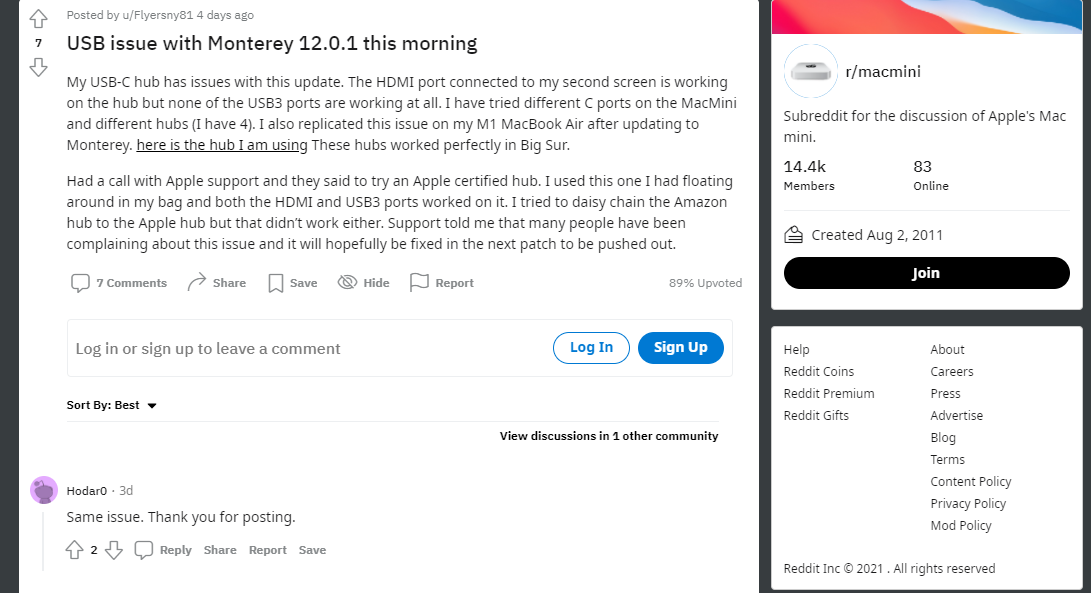