Huawei confirms the launch of MateBook E at November 17 conference

After the Huawei Watch GT Runner, the Chinese firm has officially confirmed the launch of its two-in-one MateBook E on its Weibo account. As per the info, Huawei is conducting the full-scene smart life new product launch conference at 19:30 on November 17 in China.

There are many products listed to unveil at the smart life launch event and the Huawei MateBook E is one of them. This two-in-one Huawei device is helpful to use in offices can work as a tablet and a laptop. Today, the company shared the official teaser on its Weibo account, you can check below- 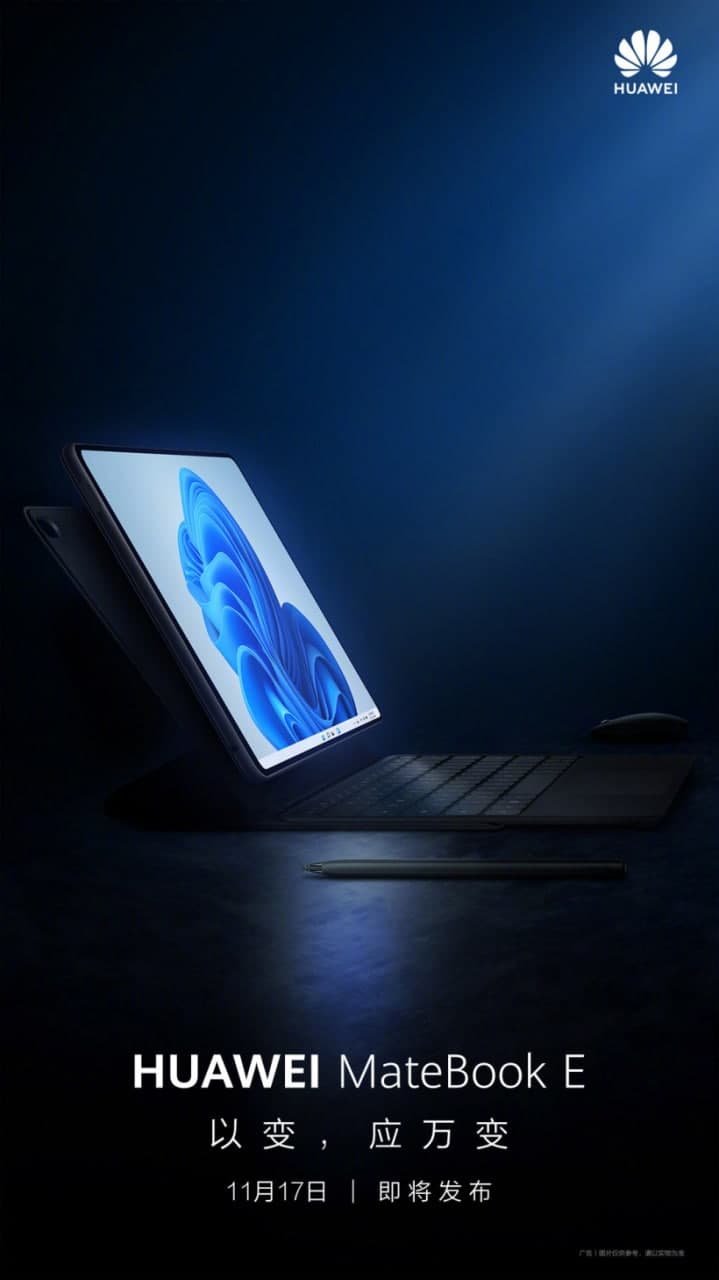 As the image describes, the Huawei MateBook E is designed with four-sided narrow bezels to give a more spacious screen. In addition, the corners have given smooth-looking rounded curvatures. Moving ahead to the compatible accessories, the full side keyboard has a flat design with enough space for a mousepad area.

As for the Stylus, previous reports suggest that it’ll have significant changes to give the users more control. There is also a wireless mouse in the image with a matching keyboard and protective cover for this device.

Furthermore, users can also see the Windows 11 operating system wallpaper on the display of Huawei MateBook E. It indicates that it’ll be the first Huawei device to come pre-install with the latest Windows OS. There will be more changes in terms of software capabilities and features that’ll come to light by the time of launch.

At present, Huawei has confirmed the launch of Watch GT 3, Watch GT Runner, and MateBook E at this upcoming launch event. That’s not it, users will find more products with new capabilities, that are still in suspension. We are closely following in matter, so stay connected to get the latest insights.