Huawei is releasing a new software update for its MatePad 11 in the global market. This update installs new improvements for the performance and for the stylus user experience. Also, the latest MatePad 11 update also comes with system stability improvements.

According to Huaweiblog, the latest Huawei MatePad 11 Stylus Improvement update comes with HarmonyOS 2.0 version 2.0.0.191 and an update package size of 718 megabytes. The upgrade will take some time to download and install.

Huawei MatePad 11 users can get this software rollout via system Settings. There are a few things to remember including the maintenance of optimum storage to store the downloaded update package and backup important data.

Previously, the MatePad 11 global users received an August 2021 security patch, improvements for Audio effects, improvement for the display. Furthermore, the update installed a quick download shortcut for Celia Keyboard to the home screen. The app can be downloaded by tapping the shortcut. (Note: If the setting for Auto-update of apps in AppGallery is set to On or Wi-Fi only, app updates will be downloaded and installed automatically when the network connection is good.) 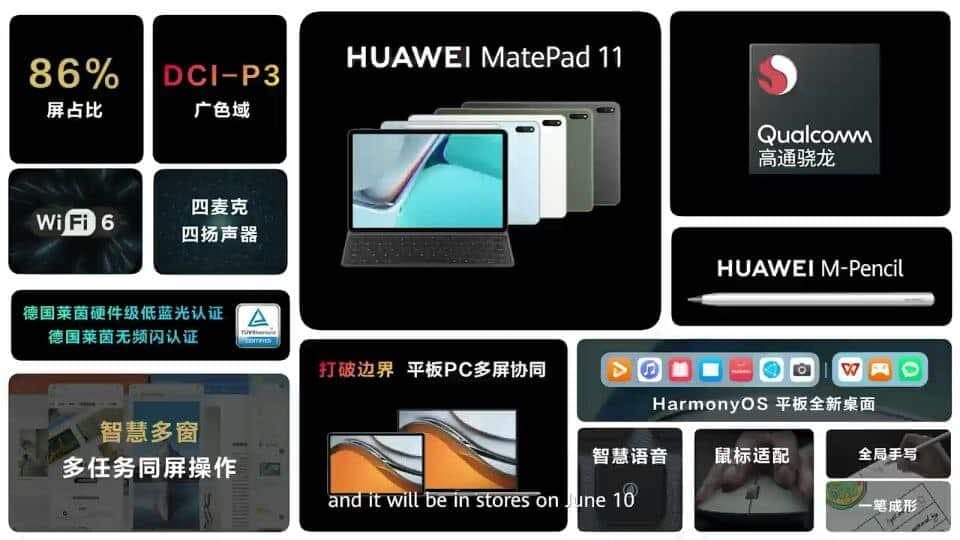 The tablet doesn’t disappoint its consumers and brings a new 13MP (f/1.8 aperture, Autofocus) rear camera that can shoot up to 4k videos. There’s also an 8MP front-facing camera to take selfies.

Huawei MatePad 11 packs a 7250 mAh battery that supports 22.5W quick charging. Moreover, It’s one of the first Huawei tablets that comes with the HarmonyOS 2 operating system pre-installed with features such as a new user interface and better user experience as compared to the EMUI software system.