The Galaxy Tab S7 and Tab S7+ are the latest flagship tablet offering from Samsung. These tablets have recently received their first major Android upgrade in the form of Android 11 (One UI 3.1). Following its habit, the company is reportedly preparing to launch the successors of the Tab S7 lineup later this year.

According to the latest info, Samsung’s Ireland website listed the Galaxy Tab S8 Enterprise Edition. Moreover, the support page also shows that this unreleased tablet has a microSD card slot that supports external memory cards up to 1TB. On the other hand, it has a nano-SIM card slot that indicates this tablet will be launched in both LTE and 5G versions. 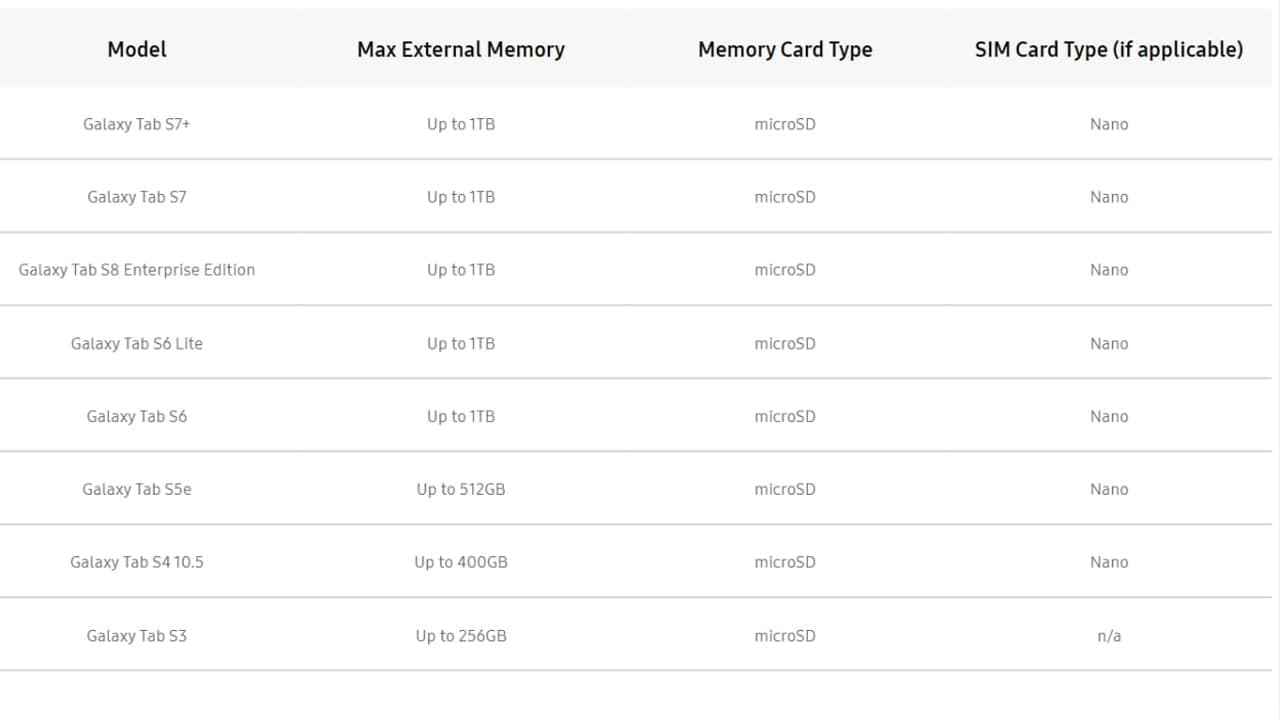 Previous reports reveal that the Galaxy Tab S8 and Tab S8+ may be launched in the second half of this year. Adding to this, both of the upcoming flagship tablets may have the same displays with a 120Hz refresh rate alongside the same battery capacity with 25W fast charging.

As per the tradition of Samsung, the Galaxy Tab S8 lineup may be powered by Qualcomm’s latest Snapdragon 888 chipset supported by 8GB/12GB RAM and 128GB/256GB/512GB internal storage. Still, the company has not revealed its plan for the upcoming devices of tablets. Whenever any new information arrives, we’ll keep you posted.