Honor V40 appears in hands on video ahead of launch

Honor V40 is all set to launch on January 22 and the company is giving continuous hints about its key features by releasing back-to-back teasers. The smartphone is expected to come with many premium features such as MediaTek Dimensity 1000+ processor, a 6.72-inch AMOLED display, and more.

Apart from the companies teasers, also we have been encountering some last moment leaks regarding Honor V40 (Via – Huawei Central). The smartphone is now leaked in hands-on video and images.

The new leaks suggest different color options for the device which are Titanium Silver, Magic Night Black, and Rose Gold. The smartphone is looking gorgeous in the images as it comes with a glass back panel. You can take a look at the leaked images and videos below.

As the leaked information suggests, the Honor V40 sports a 6.72-inch OLED display with a Full HD+ resolution of 1236 x 2676 pixels. As shown in the previously leaked image, the display looks immersive with 80-degree curvature and a punch-hole design.

At the rear, Honor V40 is equipped with a quad-camera setup that comes with a 50MP lens with a Sony IMX766 sensor. The other three cameras comprise an 8MP ultra-wide lens, a 2MP depth sensor, and a 2MP camera for macro shots. 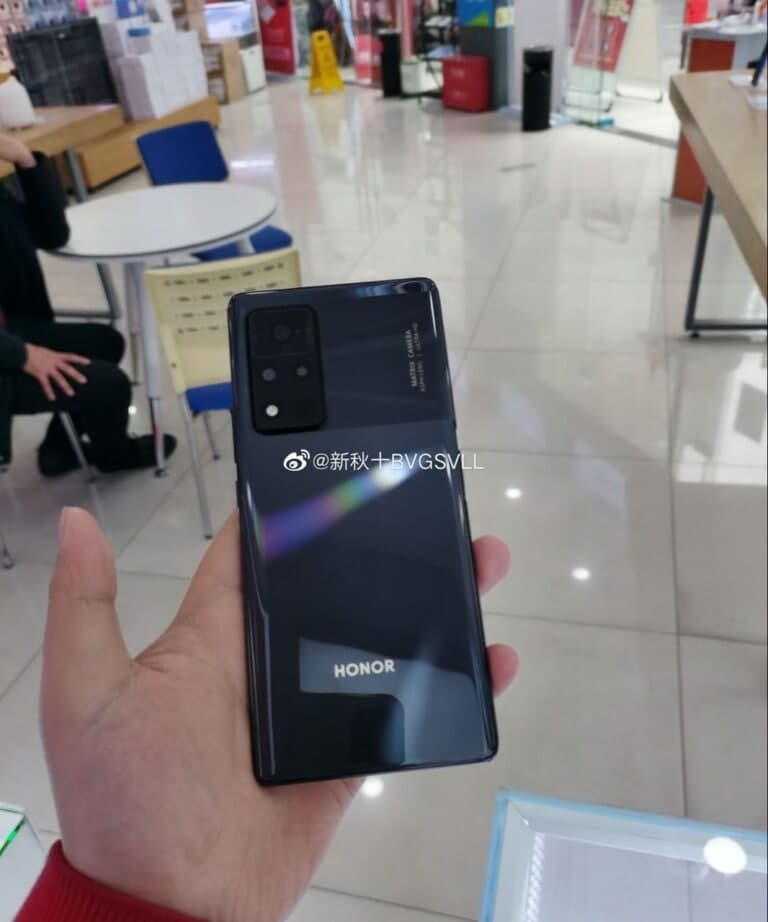