Honor is all set to launch its first smartphone of 2021 that is Honor V40. This will also be the first phone from the company that will be released after its separation from the parent firm Huawei. All the important aspects of Honor V40 are already leaked and now we also have the official confirmation of its launch date.

The official poster, posted by the company suggests that the smartphone will equip an 80-degree curved edge display with a pill-shaped punch hole camera setup. The other configuration of the device is already leaked and only the price remains the mystery. 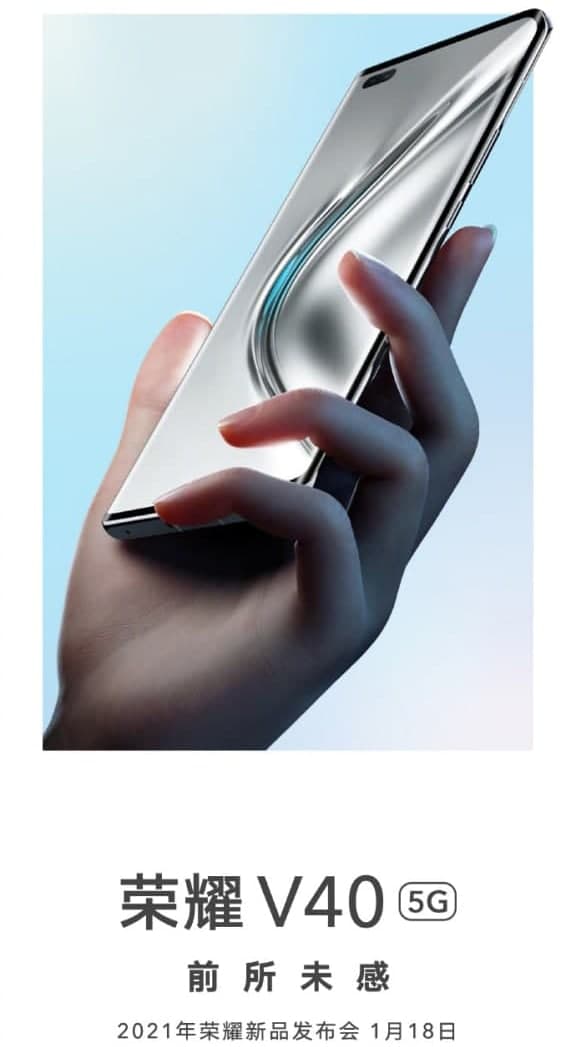 As the leaked information suggests, the Honor V40 sports a 6.72-inch OLED display with a Full HD+ resolution of 1236 x 2676 pixels. As shown in the previously leaked image, the display looks immersive with 80-degree curvature and a punch-hole design.

At the rear, Honor V40 is equipped with a quad-camera setup that comes with a 50MP lens with a Sony IMX766 sensor. The other three cameras comprise of an 8MP ultra-wide lens, a 2MP depth sensor, and a 2MP camera for macro shots.