Huawei could launch Nova 8 series in November, suggest a leak

Huawei will launch its annual flagship series, Huawei Mate 40 series on October 22. The Mate 40 series is powered by 5nm Kirin 9000 processor, pre-installed with EMUI 11, and more. Meanwhile, the company is planning to launch Nova 8 series next month.

A tipster from Weibo reveals that the Nova 8 series is scheduled to launch in November for Chinese consumers. But, he did not disclose any of the specifications of the upcoming series.

According to the previous leaks, the Nova 8 series will launch in 3 variants which include Nova 8 SE, Nova 8, and Nova 8 Pro. This upcoming series will bring OLED hole-punch full-screen design.

However, the top-end model of Nova 8 series i.e Nova 8 pro could be powered by MediaTek Dimensity 1000+ chipset and might support for 120Hz screen refresh rate. This model may be priced at CNY 3,999.

Furthermore, The basic model of the Nova 8 series – Nova 8 SE might come with MediaTek Dimensity 800 chipset and also features 8GB of RAM and 128 internal storage. While Nova 8 may be equipped with MediaTek 820 chipset.

Recently, Huawei launched a renewed version of Nova 7 SE in China which is known as Nova 7 Se 5G Vitality Edition. This phone was initially launched with Kirin 820 5G, which is now replaced with MediaTek Dimensity 800U. 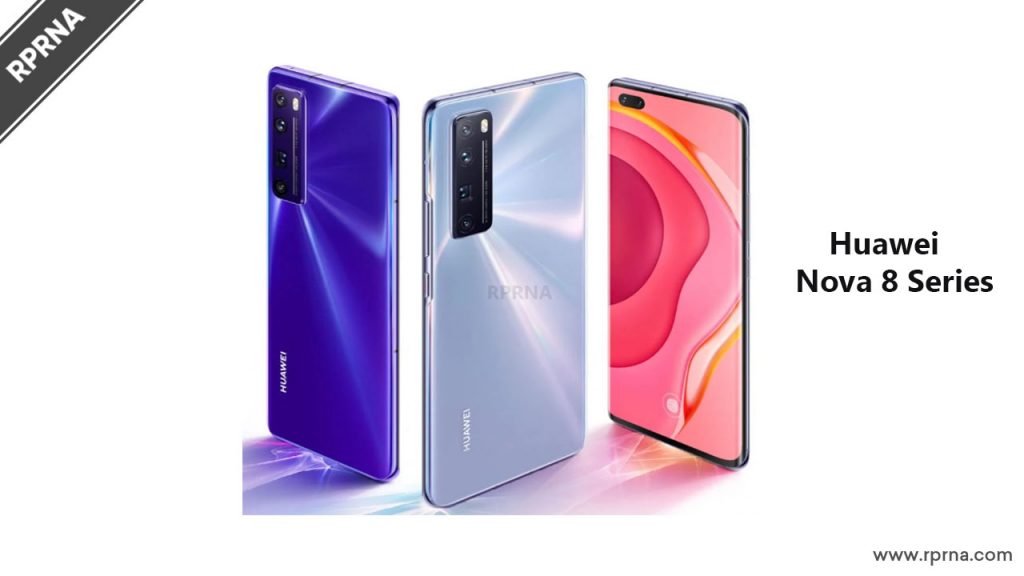