Huawei P50 and P50 Pro shines on 3C, a day ahead of official launch

Huawei P50 series is all set for the launch tomorrow, while the leaks about them are still arriving. According to the latest info, the Huawei P50 phones have been spotted on the 3C certification in China that confirms some charging specs about them.

Huawei P50 and P50 Pro have grabbed their 3C certification of China with model numbers ABR0-L00 and JAD-AL50 respectively. The 3C in China is compulsory for every electronic device to prove its reliability.

Well, we already have much information about P50 handsets, while the certification also does not have anything new to share and just confirms the previous leak. The listing reveals the support of 66W fast charging. These two devices will pack HW-100600C00 and HW-110600C02 chargers. 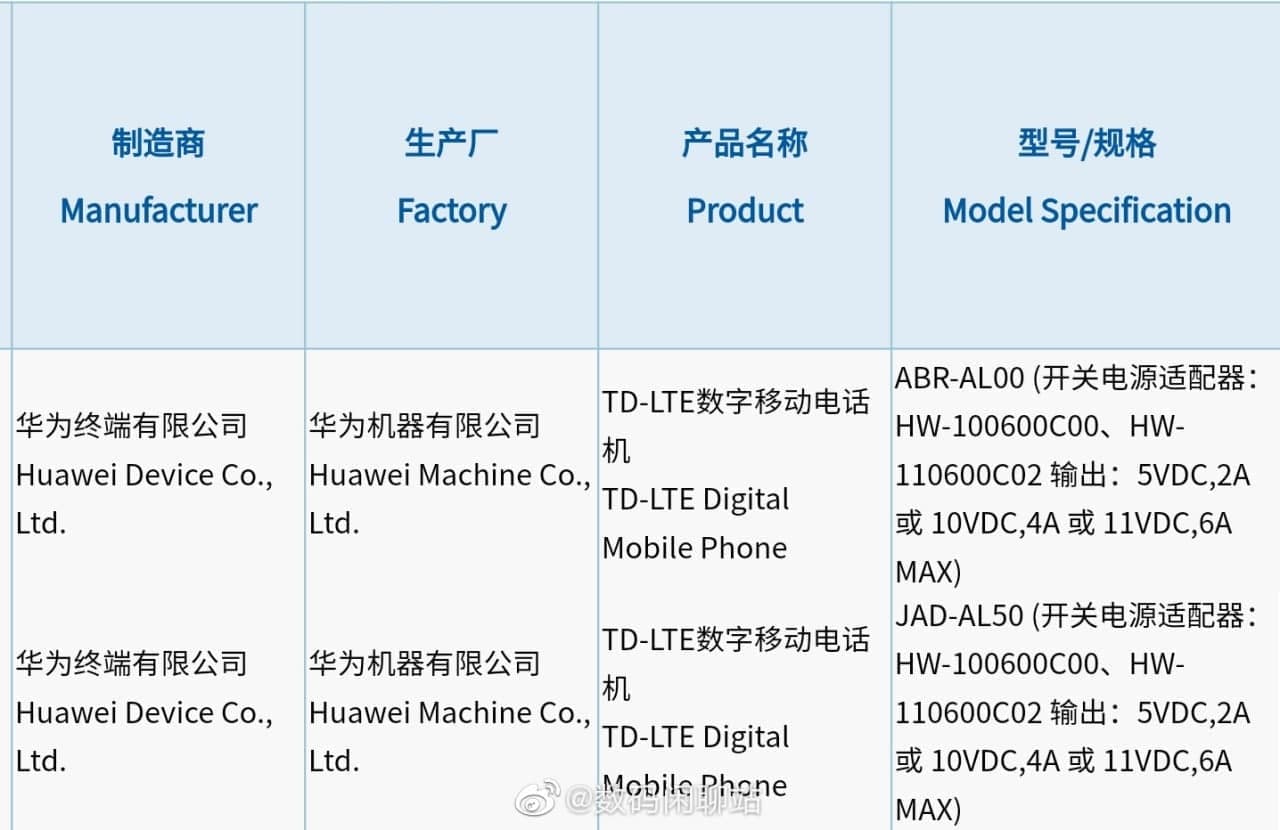 The tipster who spotted the 3C has also shared that the P50 Pro phones are said to be equipped with a 4G Kirin 9000 processor based on a 5nnm process. The device comes in three colors – Gold, Black, and White.

Both the Huawei P50 and P50 Pro have marked their attendance at the 3C, while the P50 Pro Plus has not shown up yet. It was being previously reported that the company will unveil the P50 and P50 Pro first and the pro plus version will be launched later on.

The rest of the info about the P50 models is just a day away. And everything else will be known about these phones. Meanwhile, you can also take a look at some previous leaks.

All the P50 phones are said to bring a new version of HarmonyOS (an upgrade version). This means there will be some more added tweaks in this new OS and these changes might also arrive for other Huawei devices via OTA.

The Chinese tech giant has also released two teaser’s which mainly focus on an advanced camera system these phones will be featuring. The main focus will be on its zooming capability which is rumored to be 20x optical, while a 200x digital zoom.