Huawei will launch a bunch of products and mainly the Huawei P50 series at the upcoming event on July 29. Ahead of the official release, the company is itself advertising these handsets by posting several teasers and posters on its official account. Huawei teased the upcoming P50 phones

According to the recent posting on Huawei’s official Weibo account, the company has yet again teased the P50 camera by posting an image captured from the device. As we know so far, the new Huawei flagships will equip a powerful camera system.

For the camera capabilities, some previous leaks have hints that the P50 phones might equip 20x optical and 200x digital zoom cameras. While there might be differences in the standard and the pro variants. Also, Huawei is yet to confirm the 200x zoom functionality. 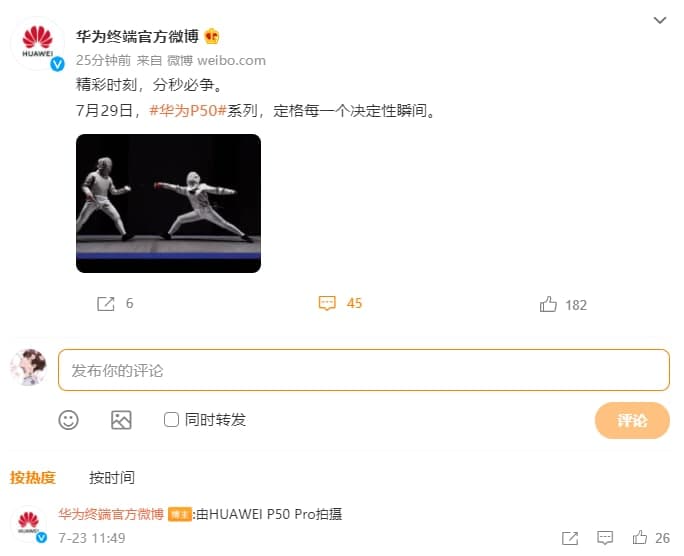 Huawei has also teased the P50 phones recently which hints at their zooming capabilities and smooth camera performance. You can check these two teaser videos linked below.

Some of the exceptional zooming capabilities have been showing in the first teaser, while the second one focuses more on smoothness and stability. We can expect the previous 200x digital zoom rumor to be true.

Huawei P50 series, as what is known so far

These flagship smartphones are said to be powered by both the Snapdragon and Kirin chipsets. Also, there might be 4G versions as well. The reports also suggest that the Chinese tech giant will be using most of the domestically produced components in its smartphones.

Along with the powerful camera, there will be a brand new HarmonyOS operating system in these Huawei phones that will make them completely different from any Android smartphone.

Further, there are several more things that we still need to know and we will let you know as soon as more news regarding P50 arrives.

OxygenOS 12: OnePlus working on a new AOD feature, more options in the Canvas AOD, and a revamped Gallery app experience with new functions