Oppo is all set to launch the OPPO F19 Pro and F19 Pro+ 5G smartphones in India on March 8. But before its official launch, several leaks were floating on the internet. As per the previously shared information, it is said that Oppo F19 Pro+ 5G will be the first smartphone to be powered by MediaTek’s Dimensity 1200 chipset.

Recently, a hands-on video of the F19 Pro+ 5G has appeared on YouTube. However, this may be deleted soon. Below you can some screenshots that were taken from the video.

The video first shows the blue retail packaging of F19 Pro+ 5G. The rear view of the device determines that its model is CPH2213, and it is equipped with 8 GB of RAM and 128 GB of storage space. The label on the bottom of the device shows that the device has a 16.34 cm display (6.43 inches), a 16-megapixel front camera, and weighs 173 grams. 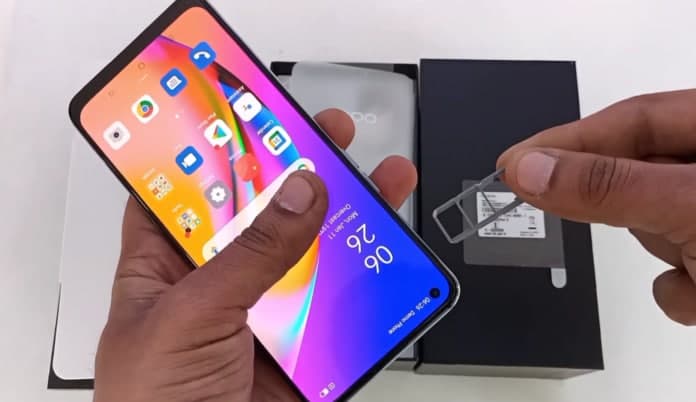 Besides, the plastic film on the OPPO F19 Pro+ 5G display indicates that it will provide key features such as smart 5G, AI high-gloss portrait video, 50W flash memory, and system performance optimizer. In addition to the handset, the retail box also includes a charger, earphones, USB-C cable, and SIM card tray ejector.

The OPPO F19 Pro + 5G features a punch-hole display and the curved edge of the device has a rectangular camera rear panel. It includes a quad-camera setup, LED flash, an in-screen fingerprint scanner, and a 5G brand. The device shown in the video has the Space Silver color.

Moreover, the smartphone provides volume up and down buttons on the left side with a power button on its right. There is a 3.5mm audio jack, a USB-C port, and a speaker grille on the bottom edge of the phone. Some rumors indicate that it will feature an AMOLED screen, Dimensity 800U chip, and 4,500mAh battery.

How can these fan renders of Samsung Galaxy S21 FE look better than the real thing?