A couple of weeks ago, OnePlus announced the special edition of OnePlus 8T Cyberpunk 2077 alongside the launch of OnePlus 8T in China. The pre-bookings were also declared by the company and were scheduled to start on November 4. Recently, Pete Lau, the CEO of OnePlus has again teased the same on Weibo. Meanwhile, the company has officially confirmed November 2 as the launch date of this limited edition smartphone.

The post by Pete Lau hints about OnePlus 8T Cyberpunk 2077 but the image does not give much information. It only shows the top of the backside of the phone with yellow accents and a grey-back panel as well as a black camera module with a Cyberpunk 2077 branding.

The original OnePlus 8T already features a Qualcomm Snapdragon 865 chipset which is a good gaming chip that means it will not improve in this phase but the exterior of the smartphone could look different. Some old reports claim this edition could come in 12GB RAM and 256GB ROM with a price tag of CNY 3,999 (approx Rs. 43,600). 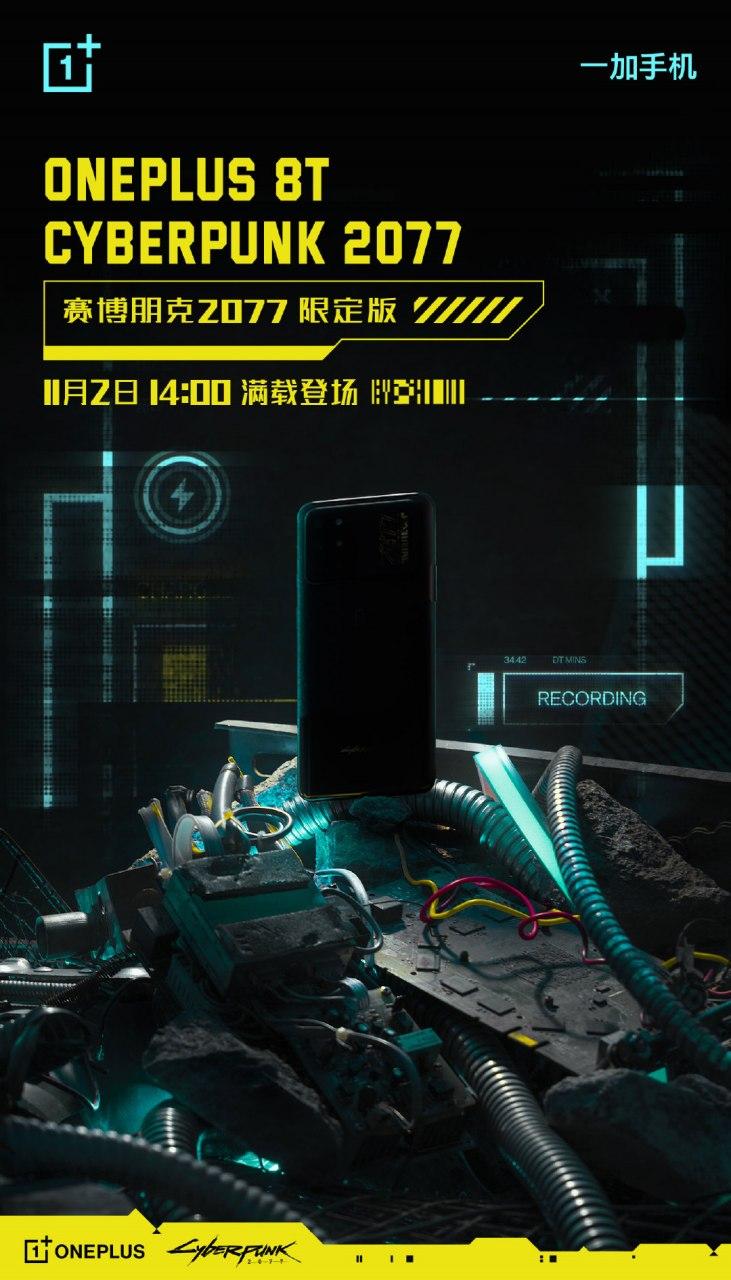