Just after the launch of the latest flagship smartphone of OnePlus, OnePlus 8T, we have started hearing the talks about next year’s flagship OnePlus 9 and 9 Pro. The code name ‘Lemonade’ for these smartphones was already leaked by a famous tipster.

Meanwhile now, folks over XDA found some clues regarding the OnePlus 9 series in a code of OxygenOS. Earlier this month, the OnePlus 8T was launched successfully but failed to make its way into the U.S. Therefore this time, the company could back to the carrier stores and as per the report, it may return to Verizon.

According to the reports the code names for the OnePlus 9 series are;

The codes also reveal that the device is likely to feature Qualcomm Snapdragon 875 chipset that is set to launch in December this year.

Besides this, the specs of these phones haven’t revealed officially but some old rumors suggest, the devices could have a 120Hz refresh rate, 65W Warp Charge, IP68 water resistance, and wireless charging. Also, the devices could be launch in mid-March 2020. 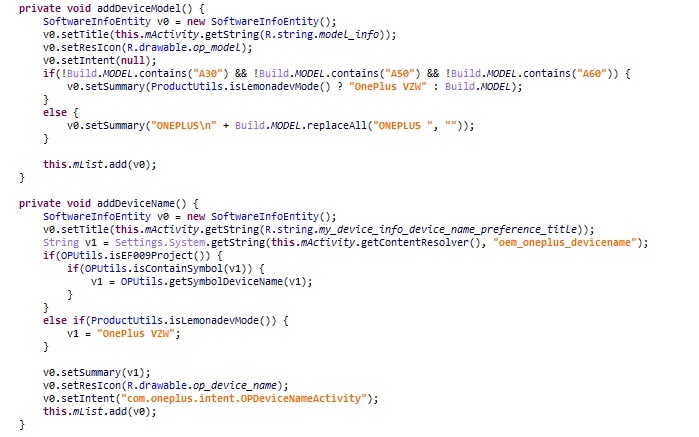