Realme will launch its new flagship smartphone Realme GT Neo2T at 14:00 on October 19 and the official has already released several teasers of this upcoming device. In addition to the first Dimensity 1200-AI flagship chip in China, this phone will also be equipped with a 65W smart flash charging function, which can be charged to 100% in only 35 minutes.

This new poster clearly shows that the phone has three rear cameras, and the internal structure adopts a three-stage design. There is a 3.5mm headphone jack at the bottom, and the SIM card slot is located on the left side of the phone. 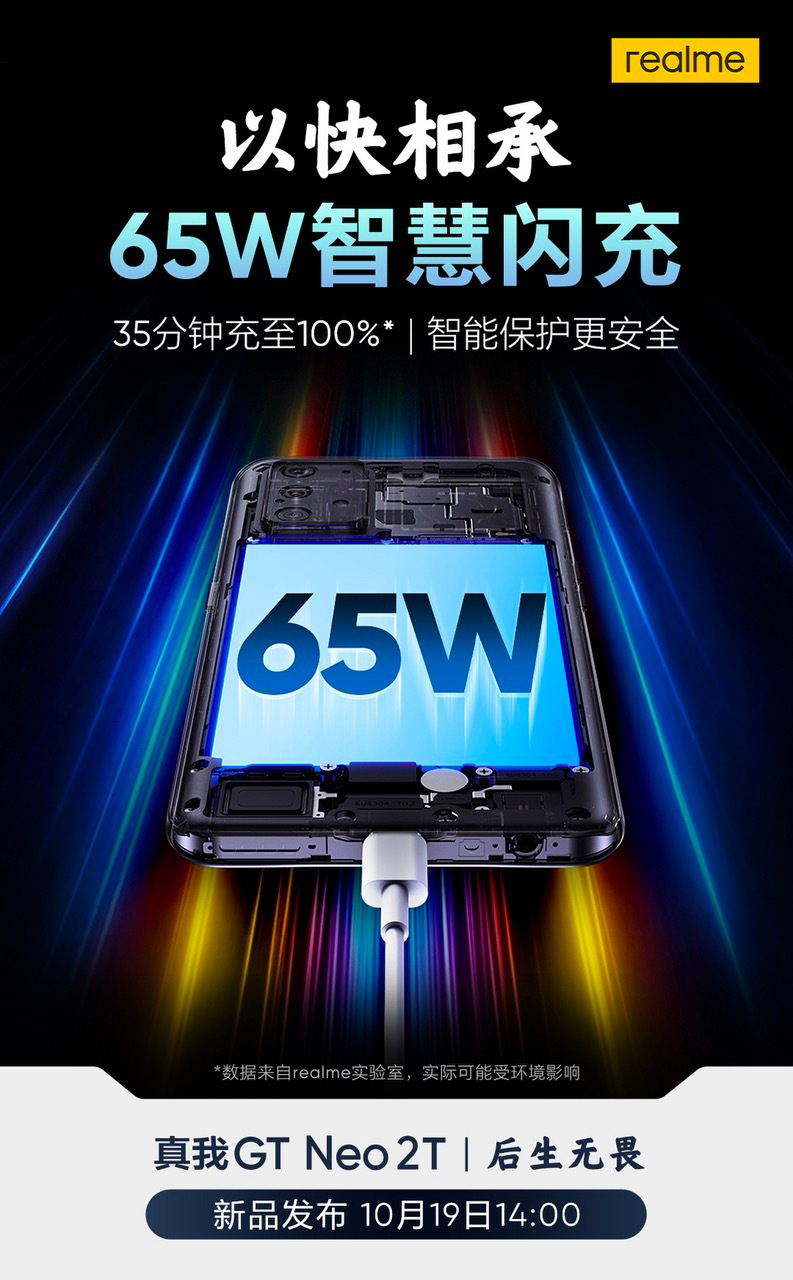 In addition to this, the appearance of this phone has been officially announced, available in glaze white and jet black. According to the official information, the glaze white back cover adopts a 7-layer nano-level optical coating process, which is delicate and crystal clear. The dark black with matte light and shadow, comfortable to hold.

MediaTek Dimensity 1200-AI chip uses TSMC’s 6nm process and is equipped with an A78 super core. Compared with the previous generation, the performance of this SoC has increased by 22%, and the efficiency has increased by 25%.

Compared with the Dimensity 1200, it focuses on improving the AI ​​computing performance, and it is expected to improve the quality of photos.