Putting an end to all the rumors and leaks, Realme has finally launched the most-awaited smartphones under the Narzo 30 series. This series includes two variants including Narzo 30A and Narzo 30 Pro 5G.

Launched in India, the Narzo 30 Pro becomes the most affordable smartphone in the country that comes with a price tag of 16,999 INR. The company has also released an affordable model of the series called the Narzo 30A. Below you can check the full specs and availability of Realme Narzo 30 Pro 5G.

Realme Narzo sports a 6.5-inch IPS LCD display along with a 120Hz refresh rate display and Full HD+ resolution. Along with the Dimensity 800U 5G processor, the device is paired with 6GB or 8GB of RAM variants along with 64/128GB storage options. There is also an additional slot for expanding storage.

As per the camera is concerned, the Narzo 30 Pro equips a triple rear camera setup with a 48MP main camera, an 8 MP super-wide lens, and a 2MP sensor for depth sensing. The phone is packed with a 5000mAh battery along with the support for 30W fast charging. 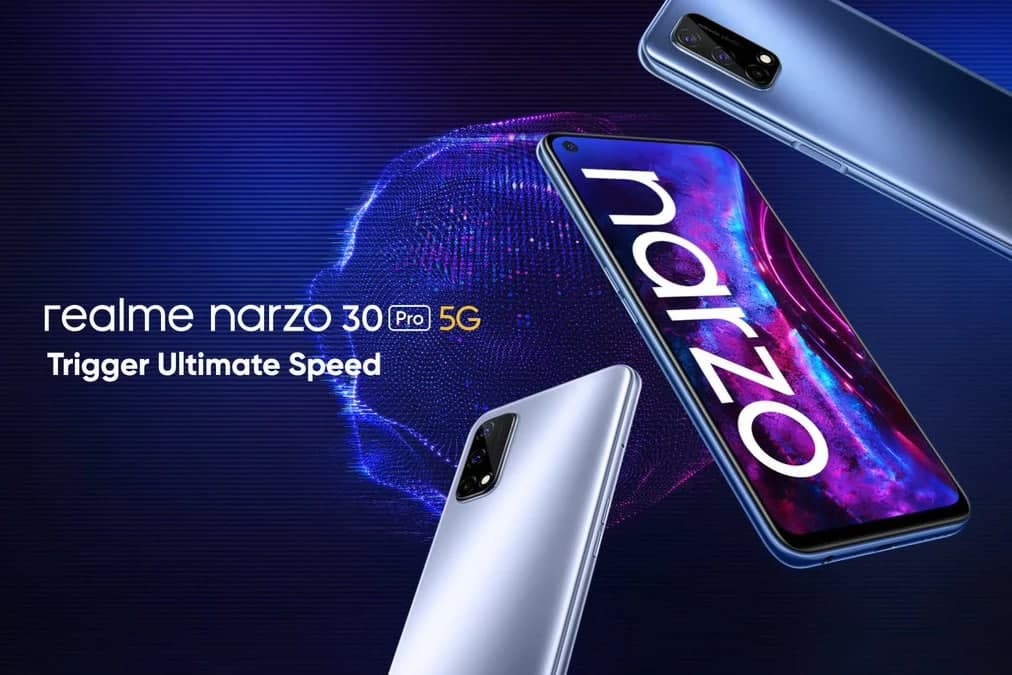 In terms of software, the smartphone comes with the Android 10 based Realme UI 2.0. While the connectivity features include dual SIM 5G support, WiFi, Bluetooth 5.1, and GPS. It has all the essential ports including the USB Type-C and the 3.5mm headphone jack.

Looking at the specs, the smartphone looks like the rebranded version of the Realme Q2 which was launched back in October 2020 in China.

The Realme Narzo 30 Pro is available in India in two colors as Laser Blue and Laser Black. Check the pricing below.