Xu Qi has also shared a poster, which shows that the Realme Q3 series will be equipped with MediaTek Dimensity 1100 chip. 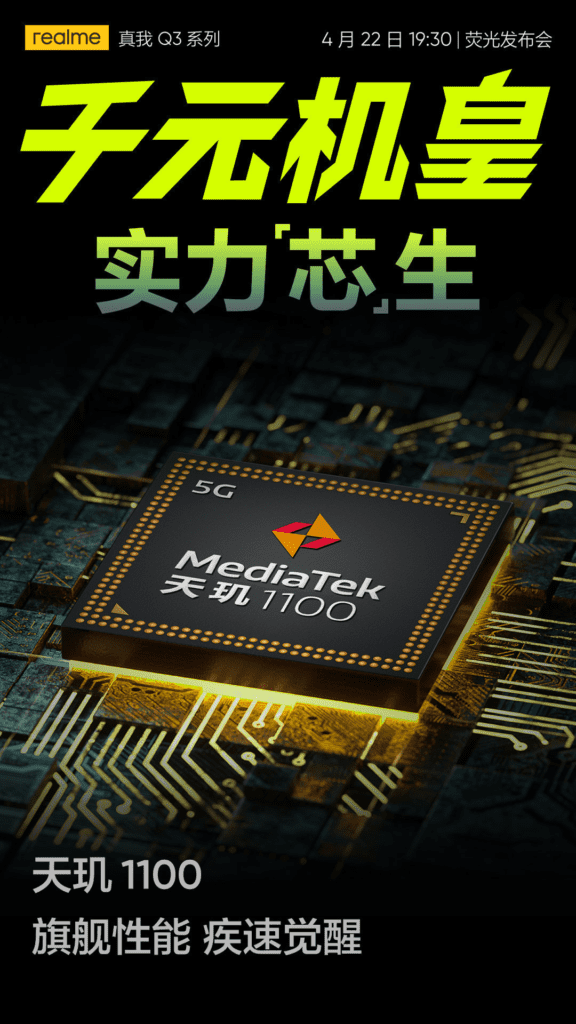 According to reports, Dimensity 1100 uses TSMC’s 6nm process technology, has the same A78 core as Dimensity 1200, supports a new generation of dual card dual 5G technology and dual-channel UFS3.1. Compared with Dimensity 800U, the overall performance is increased by 80%.

Realme Q3 has appeared on Geekbench with the code name “lito” and the “Adreno 619” GPU, the device will be powered by a Qualcomm Snapdragon 750G processor.

Google’s Nearby Share will bring support for group transfers