Realme V15 5G will be officially launched on January 7

There are multiple smartphones of several companies that are to be launched in the coming days of this month, Realme is also joining the queue along with other phone makers. As announced by the company on its official Weibo account, Realme is all set to launch another smartphone named Realme V15 which was previously rumored as Realme Koi on January 7.

According to the latest information, The smartphone will be launched at 2 pm local time (11:30 IST) in China. Along with these details, the company also shared the front and backside of the phone. Furthermore, the specs of the device will be announced at the time of launch but may of the important aspect has been already leaked.

As shown in the official poster, the Realme V15 will be featuring a rectangular camera module with a triple rear camera setup and an LED flash placed beside the cameras. The backside has a glossy finish with the branding of Realme and the tagline is embedded vertically which says ‘Dare to Leap’. The smartphone looks gorgeous in a multicolor back design.

In the front, along with the AMOLED panel, there is a punch-hole camera in the top right corner and a slightly bigger bezel at the bottom.

As per the previously leaked specs of the device, it is revealed that Realme V15 will come with MediaTek’s Dimensity 800U processor. As shown in the poster, it will have a triple rear camera with a 64MP main camera. Also, it is rumored to support 50W fast charging. 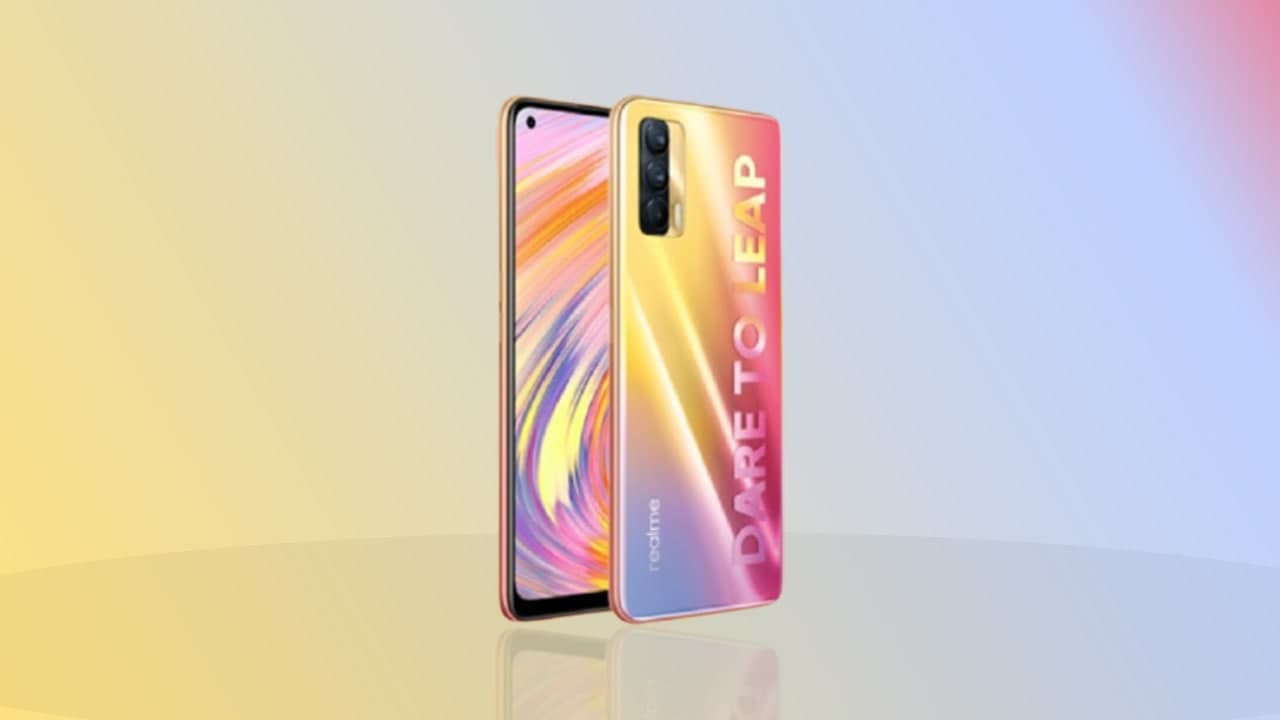 As of now, this is what we have regarding the Realme V15 smartphone and we’ll be getting more information at the time of its launch.