Realme V15 leaked in live image ahead of launch

Realme is all set to release its new smartphone named Realme V15 in China. The company has already revealed the design of the phone in its official poster. Meanwhile, we are still receiving leaks regarding this upcoming smartphone.

According to the latest news, a tipster from China has shared a live image of the Realme V15 smartphone in a Crescent Silver edition. From the image, the smartphone looks stunning in the glossy silver finish.

As previously mentioned it has the same camera setup that was shown in the poster. It is confirmed by Realme that the company will launch Realme V15 on January 7. 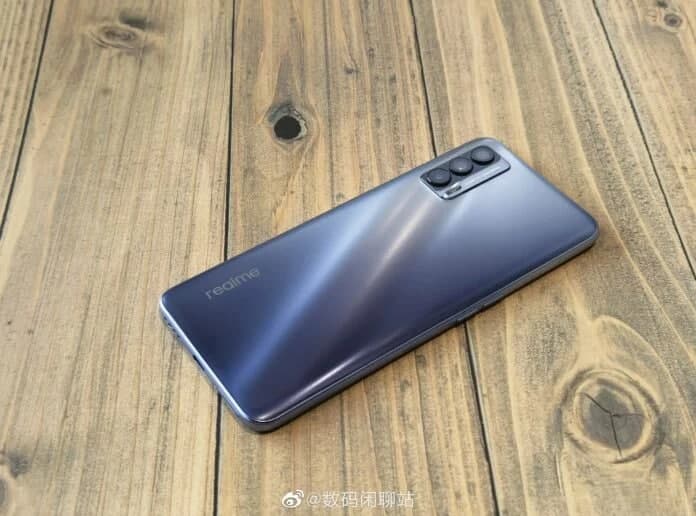 The Realme V15 will be featuring a rectangular camera module with a triple rear camera setup and an LED flash placed beside the cameras. The backside has a glossy finish with the branding of Realme and the tagline is embedded vertically which says ‘Dare to Leap’. The smartphone looks gorgeous in a multicolor back design.

In the front, along with the AMOLED panel, there is a punch-hole camera in the top right corner and a slightly bigger bezel at the bottom.

As per the previously leaked specs of the device, it is revealed that Realme V15 will come with MediaTek’s Dimensity 800U processor. As shown in the poster, it will have a triple rear camera with a 64MP main camera. Also, it is rumored to support 50W fast charging.

Samsung will continue to lead global smartphone production in 2021 while Huawei may slip out from top six rankings: Report