Redmi 10 Prime Plus has appeared on the benchmarking platform Geekbench with the model number 22041219I, which is the Indian model, with single-core and multi-core scores of 198 and 1179 respectively.

In addition to this, it will also be equipped with 4GB RAM, pre-installed with the Android 12 operating system, and is expected to be available in 64GB and 128GB storage versions. 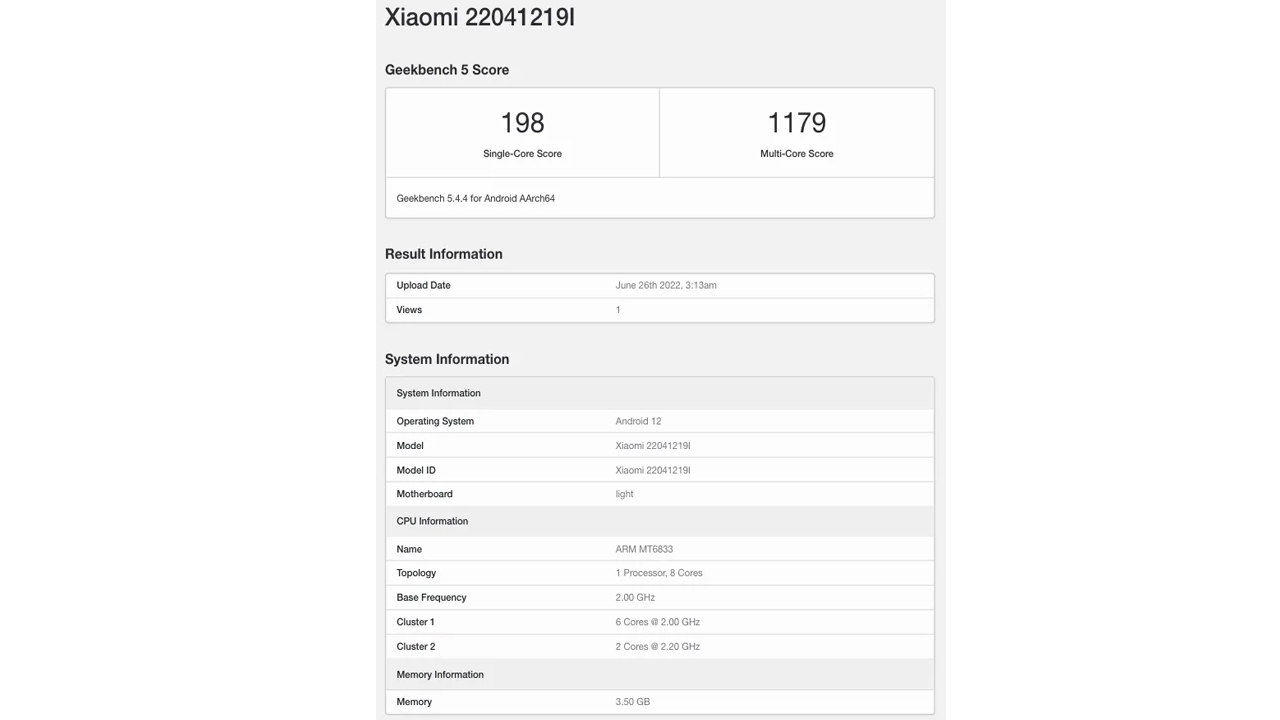 Moreover, the sources believe that the Redmi 10 Prime Plus is an upgraded version of the Chinese Redmi Note 11E 5G. At the beginning of this year, Redmi mobile phone launched a new phone, the Note 11E, featuring 50 megapixels of ultra-clear images.