Now, Redmi K40 with model number M2012K11AC and codename ‘alioth’ has spotted on the Geekbench. As per the listing, it has a 1.80GHz Qualcomm processor, 8GB RAM, and Android 11 OS.

The Geekbench listing source code also suggests that the Qualcomm chip can reach a maximum speed of 3.19GHz, which indicates that the device may have a Snapdragon 870 processor. The score is 1016 points in the single-core test and 3332 points in the multi-core test. 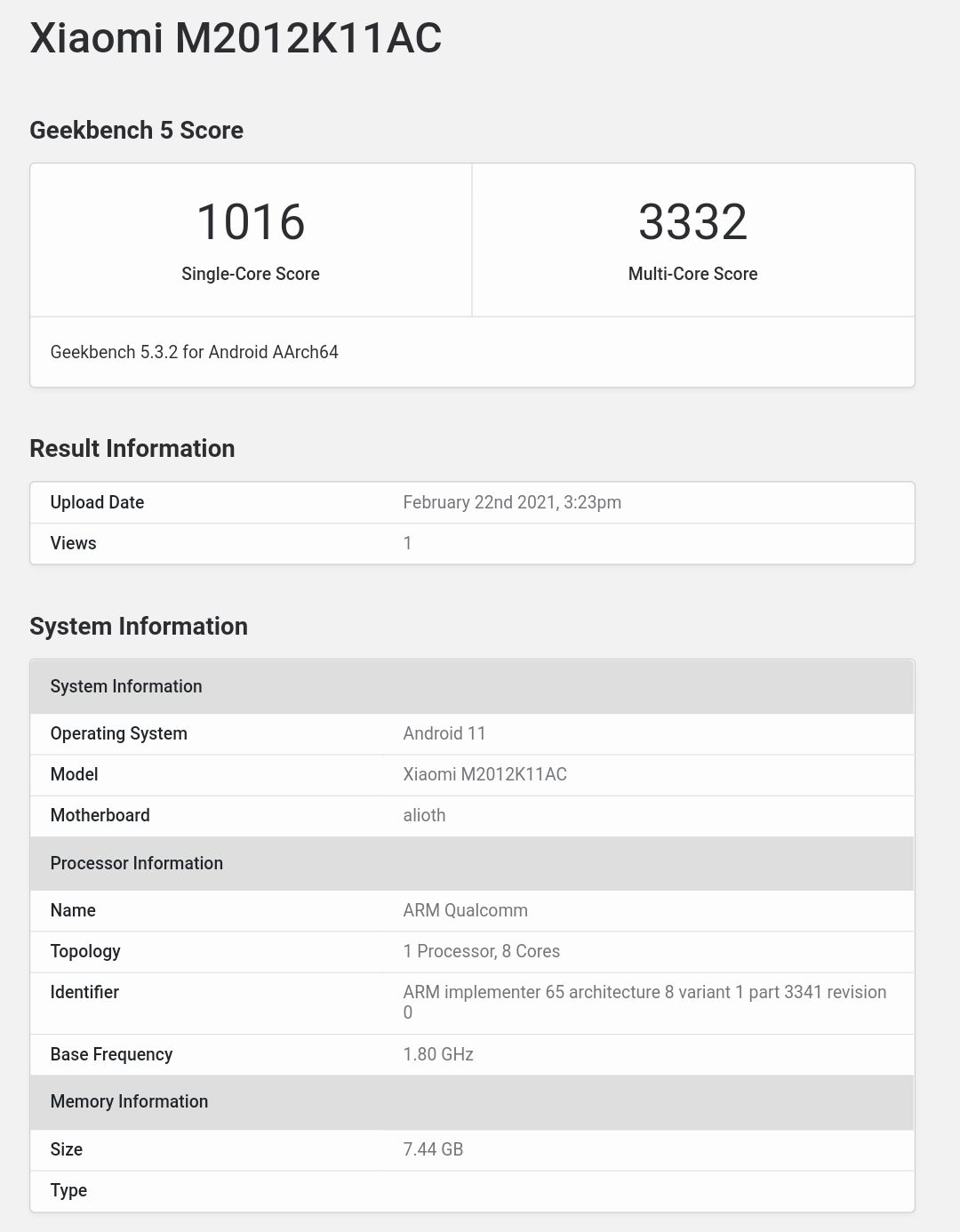 As of now, it is known that the Redmi K40 will be launched with a 6.6-inch Samsung AMOLED E4 full HD + resolution display with a 120Hz refresh rate, supported by a 4,520mAh battery that supports 33W fast charging.

Earlier, we also reported that Redmi K40 and Redmi K40 Pro are expected to have similar specifications, the biggest difference could be of its camera lenses and processor.