Earlier this year, Samsung launched its first smartphone, the Galaxy A32, the company’s cheapest 5G product to date. In addition, the Korean tech giant also launched the Galaxy S21 flagship product in mid-January. Further, it also brings us new mid-range phones – Galaxy A52 and Galaxy A72, which highlight some key features.

As per the latest information, the new certification approval indicates that Samsung’s upcoming smartphone model is the SM-A225F. According to this description, it will be the Galaxy A22 4G. Although this device has received BIS certification that is necessary for every electronic device to enter the Indian market.

Earlier, we encountered the Galaxy A22 5G in concept rendering for the first time, which showed that it could be equipped with a 6.5-inch flat LCD display and offers four color options: Gray, White, Light Purple, and Light Green. Not surprisingly, it has a traditional notch on the performance of the selfie camera. 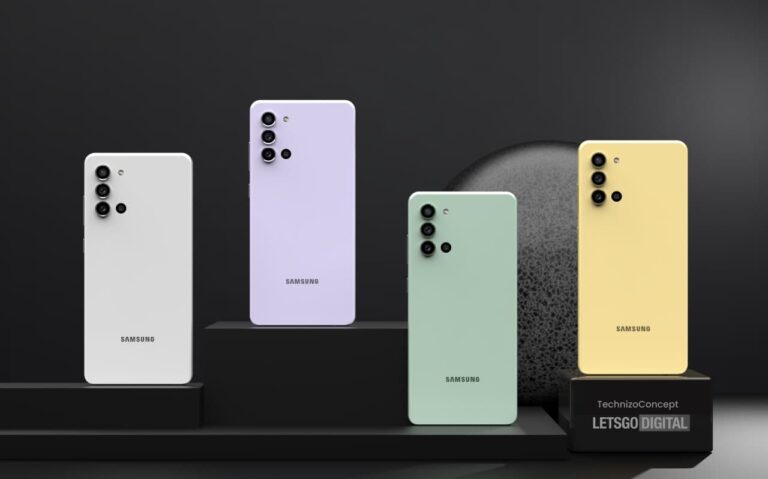 It can be powered by the entry-level MediaTek Dimension 700 5G chipset, and its 4G version may have a MediaTek Helio chip. In addition, both the Galaxy A22 4G and 5G can provide different memory versions, such as 3GB RAM / 32GB ROM, 4GB RAM / 64GB ROM, and 6GB RAM / 128GB ROM.

In terms of Camera specs, this affordable 5G smartphone can implement a quad-camera in a square housing in the rear, which includes a 48MP main camera, an ultra-wide-angle camera, a depth camera, and a macro camera.

According to previous reports, the leaked Samsung Mini product roadmap suggests that the Galaxy A22 will be released in July this year. At the same time, the company is still awaiting official confirmation.