Samsung is all set to launch its new mid-range smartphone Galaxy A73. In the coming month but before its official launch, this Smartphone is emerging on various platforms. Recently the upcoming Galaxy device has been spotted in the US FCC database that confirms the phone will feature 25W charging support.

According to the FCC listing, the Galaxy A73 is listed on the database with the model number SM-A736B. However, it will be interesting to see if Samsung will provide a charger with the same wattage in the retail box.

Moreover, the information doesn’t uncover any big detail about the phone. Earlier, the phone appeared on the BIS certification website with the same model number. The renders are leaked as well.

As per the previous information, the Galaxy A73 will come with a 6.7-inch Full HD+ AMOLED display that supports a 90Hz refresh rate. The screen will be flat with a hole punch. 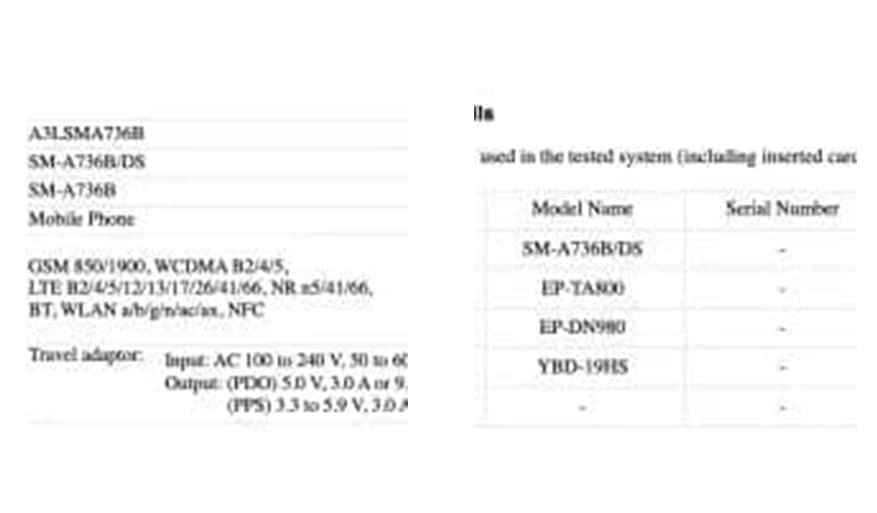 At the rear side, there’s a quad-camera setup with 108MP primary camera. The other cameras could be a 12MP ultrawide camera, a 5MP macro camera, and a 2MP depth sensor. The Galaxy A73 5G might also feature a telephoto camera instead of the depth sensor.

However, Early leaks also claim that the device will be powered by a Snapdragon 750G chipset, paired with 8GB of RAM and 128GB on internal storage. The Galaxy A73 5G will have a 5000mAh battery and will run on Android 12 based One UI 4.0 software system out of the box.