Samsung’s next-gen premium foldable phone is on its way. Despite the fact that the device may be unveiled in August, we have already heard some Samsung Galaxy Z Fold 4 rumors creating more excitement among Samsung fans.

Below you can check the early leaks and rumors of the upcoming Galaxy Z Fold 4 smartphones. We’ll be bringing every small and big detail about smartphones here.

Samsung Galaxy Z Fold 4 is rumored to come with 108MP primary camera and it could be the same 1/1.33-inch camera sensor used in Galaxy S22 Ultra.

The phone also has a 12MP ultrawide angle camera but it misses the periscope camera. Thus, it could feature the Galaxy S22’s 10MP telephoto camera with 3x optical zoom.

With the upcoming Samsung Galaxy Z Fold 4, the users were expecting that it could come with built-in storage for an S-Pen. Unfortunately, this is not the case. The device supports S-Pen but there is no slot for it.

A well-known tipster claims that the phone will be thinner and more compact than Galaxy Z Fold 3, which should improve its usability.

A well-known tipster Mukul Sharma has recently come up with another piece of news about the upcoming foldable. As per the Tweet Galaxy Z Fold 4’s S Pen has finally entered mass production. According to him, the new S Pen has started production in several Eurasian countries.

The details are minimal, but it’s interesting that there’s an S Pen specifically for this foldable phone.

The upcoming Galaxy Z Fold 4 will face a huge camera upgrade over its predecessor. It has been confirmed that it will have a 10MP selfie camera similar to the Galaxy S22 phones, while the rear camera capabilities will also inspire by Galaxy S22.

Samsung is planning to launch its third foldable device this year, maybe it’s a rollable smartphone, as rumors suggest. Well, the latest information comes from a trusted tipster Ice Universe.

The vanilla Snapdragon 8 Gen 1, which powers the Galaxy S22 trio in some areas, should also be as power-efficient as the 4nm chipset and its upcoming “plus” version, you might argue. However, you should also note that this is a processor made by Samsung.

Samsung is the brand that will definitely come to your mind when you are planning to buy any foldable phone. After the successful launch of Galaxy Z Fold 3, Samsung is now gearing up to introduce the brand new Galaxy Z Fold 4.

We have heard many leaks and rumors about the device earlier. Now, a popular smartphone concept designer – Wadar Khan has recently published the fresh design concepts of the upcoming Samsung Galaxy Z Fold 4 to give us a hint at the design.

However, the exact launch timeline of Galaxy Z Fold 4 is unknown. But, as per Samsung’s foldable smartphone release cycle, this new device could launch in Q3 of this year. Below you can check the details that we gained from Samsung Galaxy Z Fold 4 render.

According to renders, the Samsung Galaxy Z Fold 4 concept video shows Galaxy Z Fold 3-like camera on the main screen that is hidden under the panel. However, there are some noticeable changes that you will see in the rear camera module. 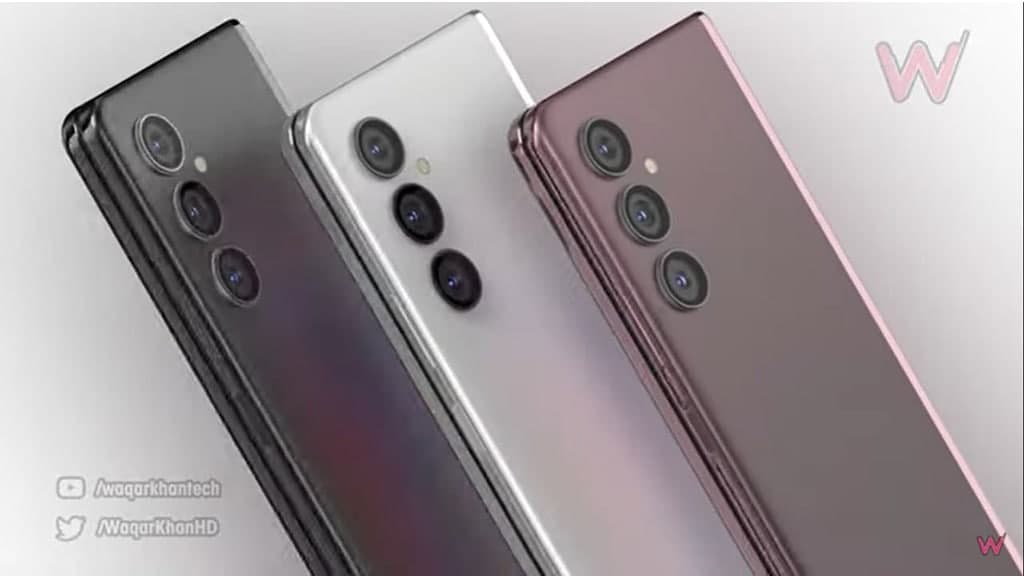 The Galaxy Z Fold 4 render shows the camera module separated from the body of the device, which looks similar to Galaxy S22 Ultra’s rear cameras. Moreover, the device has slim bezels and a side-mounted fingerprint scanner.

The backside of the phone is slightly curved to make it a bit easier to hold. There’s also an S-Pen inside the Galaxy Z Fold 4, unlike its predecessor that supports S Pen but doesn’t have a slot to hold it.