Samsung launched the Galaxy S21 series in early 2021 on January 14 which offers dynamic features to compete with other high-end series smartphones. Now the company is focusing on the mid-range category, it has recently launched the Galaxy A32 phone in its A-series.

The South Korean tech giant has now unveiled the Galaxy M12 in India with the aim to grab the lower end of the market. The smartphone comes with all the basic features that can be found in any budget handset. So, let’s check the specifications of the Galaxy M12.

The smartphone equips a quad-camera set up that is 48MP primary camera, a 5MP ultra-wide camera, a 2MP macro camera, and a 2MP depth camera, and the front camera set up with an 8MP selfie camera. It comes pre-packed with the latest Android 11 along with One UI 3.1 core. The phone packs a 6,000mAh with support for 15W fast charging. 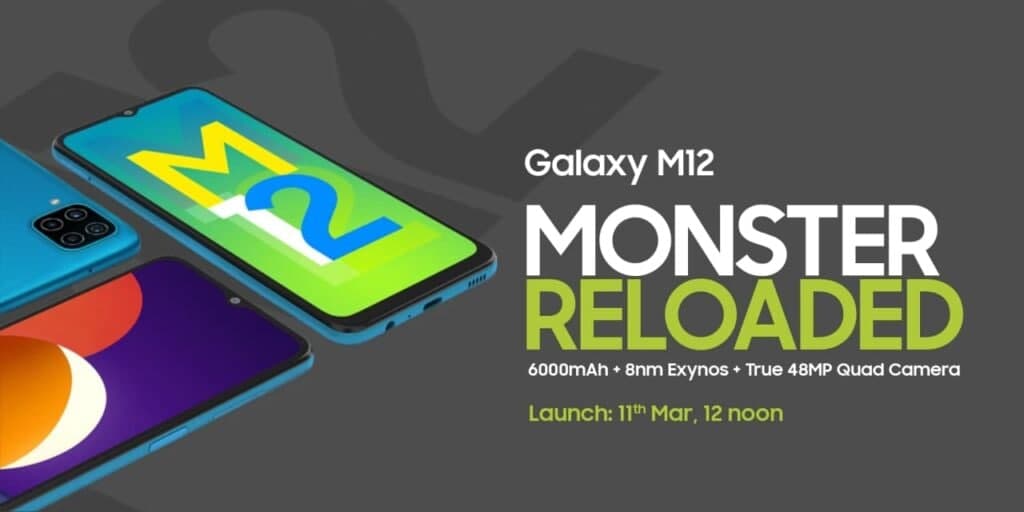 The Galaxy M12 features all the essential sensors such as an accelerometer, grip sensor, ambient light sensor, proximity sensor, and a side-mounted fingerprint scanner. It also has a 3.5mm headphone jack, and a USB Type-C port. The device support 4G,3G, and 2G band. The smartphone measures 164.0 x 75.9 x 9.7 and weighs 221g.

Instagram Reels will be played in WhatsApp with the future update