On February 15, 2021, Samsung launched its new mid-range smartphone – the Galaxy F62 in India, which features a flagship-grade processor, a huge battery, the latest software, and more. In addition, the company has introduced the Galaxy M62 as a redesigned version of the Galaxy F62 with the same features.

However, the South Koreans introduced the Galaxy M62 only in selected markets, and now new information indicates that the device has recently hit the Indian market soon, as it appeared on the BIS certification site.

According to a recent report, the latest Samsung smartphone with model number SM-M626B/DS has cleared the BIS (Bureau of Indian Standards) certification. As per the company naming strategy, it will be the 5G connectivity support variant of the Galaxy M62 and F62. 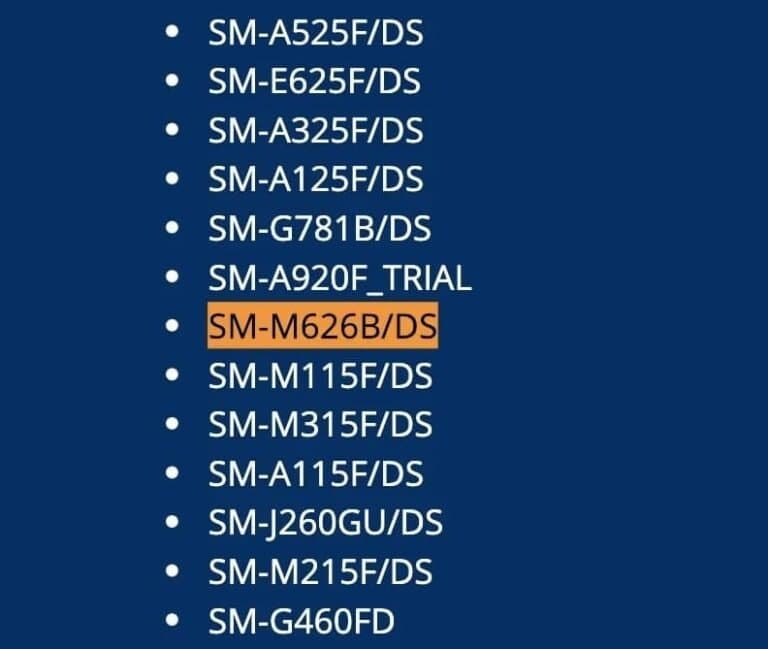 Samsung Galaxy F62/M62 equips a 6.7″ Super AMOLED+ Infinity-O display alongside Full HD+ resolution and Gorilla Glass 3+ protection. It has a side-mounted fingerprint scanner for biometric authentications. Moreover, it features a quad rear camera setup on the back alongside a LED flash.

In the camera department, this device comes with a 64-megapixel primary camera, a 12-megapixel ultrawide sensor, a 5-megapixel macro lens, and a 5-megapixel depth camera. Plus, it also has a 32-megapixel front-facing camera for selfies. It can also shoot 4K videos using front and rear cameras.

As mentioned above, the Galaxy M62/F62 is powered by a flagship-grade 7nm process-based Exynos 9825 SoC supported by 6GB/8GB RAM and 128GB internal storage. However, the Galaxy M62 5G will surely equip an upgraded chipset due to 5G connectivity support.