Just after the ending of the event, Samsung has published the history of the innovation of the Galaxy S series. Since its debut in 2010, the Galaxy S series has brought users closer to the world between them, making their lives more convenient, and providing them with an unprecedented mobile experience through breakthrough innovation.

Now, 11 years after the official release of the Galaxy S lineup, the series is as innovative as ever. Join us and travel along the road of memory, reviewing every model in the rich history of the Galaxy S series.

The first Galaxy S smartphone was launched in 2010 with the slogan of “Super Smart”. In the 20 years of hard work in the mobile industry, Galaxy S introduced three S’s namely: “Super” adaptability to users’ daily life and needs, the latest version of the Super AMOLED display panel at that time, and the 9.9 mm thin “Super” design.

The success of the Galaxy S paved the way for the Galaxy S2 released in 2011, which brought improvements in construction quality. The device is still regarded as a masterpiece, it is equipped with an upgraded Super AMOLED Plus display and the most powerful smartphone processor Exynos 4 Dual (4210) on the market at the time.

Although the 4.27-inch display of the Galaxy S2 is larger than the 4-inch panel of the Galaxy S, the device itself is thinner than its predecessor, with a thickness of only 8.49 mm. The smartphone camera also introduces a convenient flashlight function.

The gentle curves of the Galaxy S3’s pebble-inspired design broke the stereotype that smartphones were all sharp-edged. The device featured a 4.8-inch display and a 2,100mAh-capacity removable battery and introduced a variety of convenient functions.

These include Smart Stay, which uses the front camera to sense when you are looking at your device and prevents the screen from turning off; Direct Call, which allows you to call a contact immediately when you bring your phone to your ear; and Live Video List, which offers a thumbnail view of video clips in the video player.

Announced a year later, the Galaxy S4 has a similar design as the Galaxy S3 with thinner bezels. The company sold more than 40 million devices in just 6 months. It weighs just 130 grams and is 7.9 mm thick, which is thinner and lighter than its predecessor.

The Galaxy S4 equipped a larger 4.99-inch display which is the first made of scratch-resistant Gorilla Glass 3. Samsung has also improved key software such as Smart Scroll which allows you to tilt your device forward or backward to scroll through content, while Smart Pause allows the video player to pause when you leave the screen.

Samsung Galaxy S5 was the best device at that time that can do all the things that a smartphone should do while maintaining the unique design identity of the Galaxy series. It is the industry’s first device equipped with an ISOCELL camera, making it more suitable for recording moments in daily life.

It is also the first smartphone equipped with a heart rate sensor that can be linked with other devices to monitor the user’s health level. Most importantly, it is the first Galaxy S model to provide IP67 waterproof and dustproof performance, allowing users to stay connected without worrying about rain or splashes damaging the device.

Samsung Galaxy S6 smartphone was announced in 2015 that marked a new chapter in the series by introducing another innovative design element. The first-of-its-kind curved display creates a unique three-dimensional effect and a more immersive viewing experience.

The Galaxy S8 series is the first device to use Samsung’s bezel-less Infinity display, which introduces a new 18.5:9 aspect ratio. The S8 model is also the first in the series, replacing physical buttons with buttons on the screen, which highlights its stylish design and has Samsung’s virtual assistant Bixby.

The Galaxy S9 added to that fun by offering a unique user experience that encompassed photos, videos, and emojis. The camera’s AR Emoji feature allowed users to create their own augmented reality avatars that could be used to snap selfies, while its Super Slow-mo function enabled it to track objects’ movement to record epic super slow-motion videos.

Other new additions included support for SmartThings, which turns your smartphone into a handy remote control for managing connected devices, and Samsung DeX, which allows you to use your smartphone or tablet to power a PC-like experience.

The release of Galaxy S10 highlights Samsung’s commitment to providing consumers with the freedom to choose the perfect smartphone that suits their needs. There are four unique models in the series: Galaxy S10, S10e, S10+, and S10 5G.

Everyone owns an Infinity-O display that has a full-screen design that includes a tiny circular cutout for the front camera, and Dynamic AMOLED technology that is certified to provide 100% mobile color volume in DCI-P3. Color range. Overall, the Galaxy S10 introduces a variety of smart features, including Wireless PowerShare, which actually allows users to use the phone as a wireless charging pad.

By integrating 5G support into each model, the Galaxy S20 series marks the beginning of a new era of mobile devices. The largest image sensor in the series is combined with powerful AI tools to ensure clear photos and videos, while the 120Hz AMOLED display opens the door for a more immersive viewing and gaming experience.

The professional-grade 108-megapixel camera of the Galaxy S20 Ultra represents a huge leap in resolution, allowing users to zoom up to 100 times to capture moments and details they might miss. Samsung has also enhanced the device with a security processor combined with the mobile security platform Knox to ensure that users’ data can be protected even if they are attacked by advanced hardware.

The front and rear of the device are seamlessly integrated to complete the eye-catching design of the camera. The advanced AI technology makes the Galaxy S21 camera the smartest camera from Samsung to date. It helps users capture the best photos or videos to achieve epic functions every day. 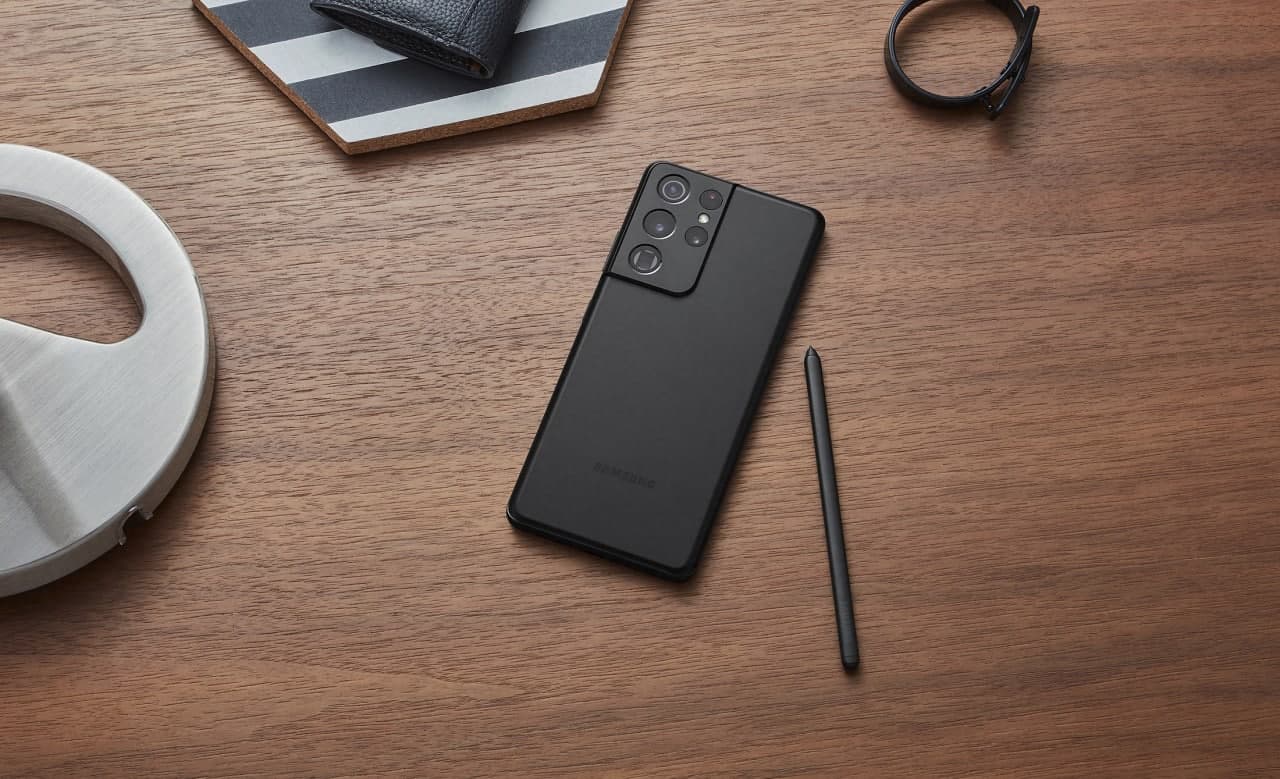 In addition to producing clearer selfies, the technology also provides users with the ability to take portrait photos taken by professionals, with various background effects to enhance photo quality. It also supports a new “zoom lock” function, which can compensate smartphone users’ tendency to slightly shake the camera when zooming in to take pictures at high magnification.

At the same time, the new Director’s View function can help users choose the perfect lens for recording by placing three preview screens under the camera’s viewfinder. It allows users to capture multiple moments and viewpoints in the same video without additional editing.

Other convenient enhancements include the ability to record more than an hour of 8K video, an upgraded blue light filter, not only a fingerprint sensor that is twice the size of the previous model but also a feature that enables users to mirror websites on the following websites: Login Almost all devices after the Samsung account. 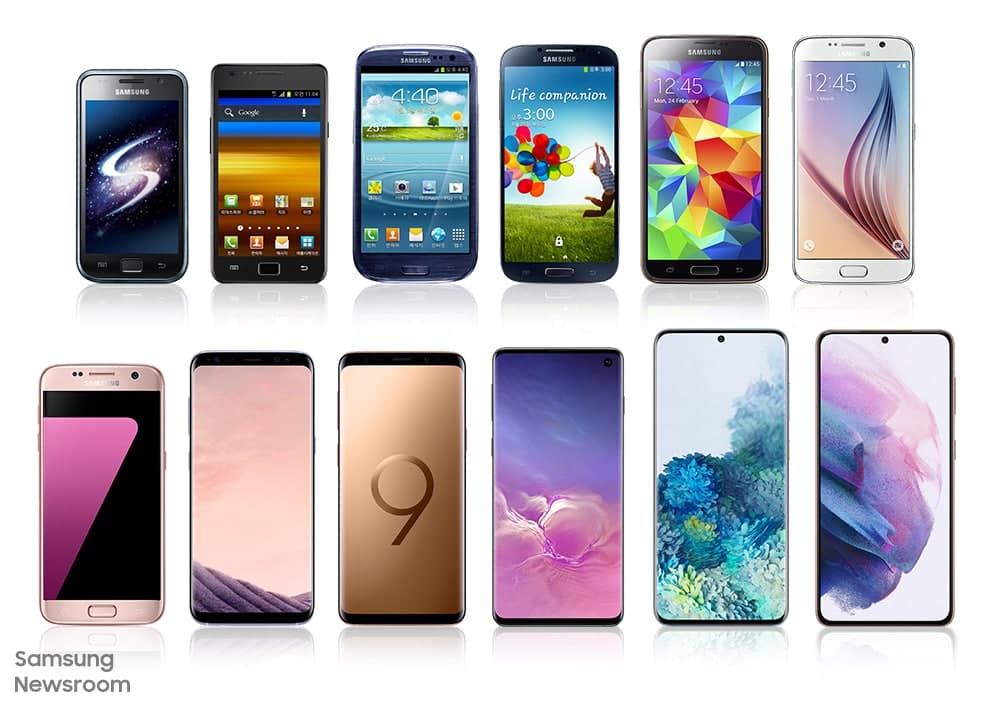