We are going to see a big change in Samsung’s smartphone segment as the Galaxy S22 Ultra is reported to feature S Pen support with a dedicated slot. Just now, a famous tipster revealed the very first rendering images of this upcoming device and now, we have its stunning Dark Red shade, thanks to HoiINDI. 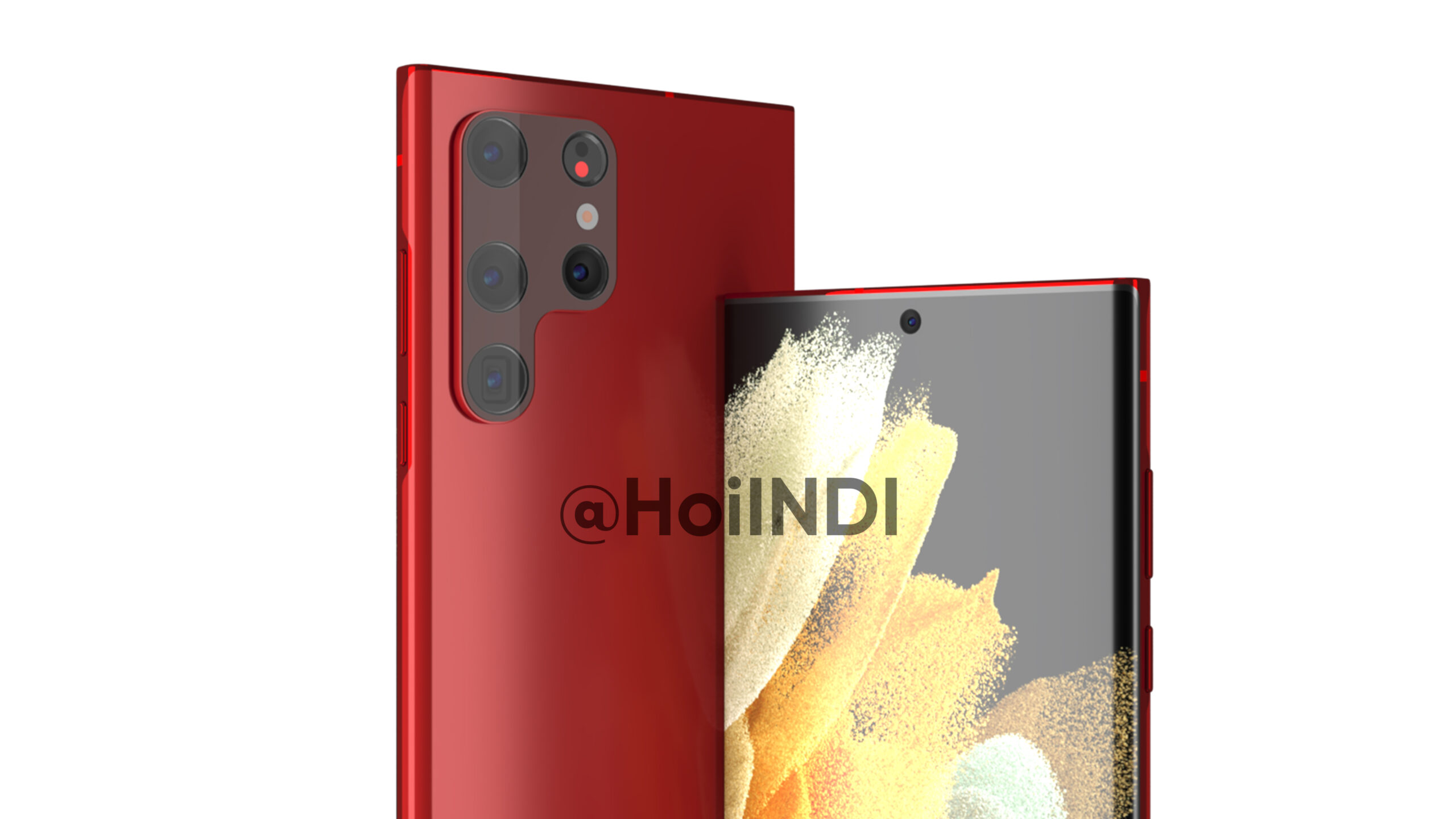 As is evident from, Galaxy S22 Ultra renders, the S Pen support coming with a dedicated silo which makes it your next Galaxy Note! In the Dark Red shade renders, the S Pen is also painted in the same color as the smartphone, while the action button is colored in White.

On the back, the Galaxy S22 Ultra comes with quad camera sensors, LED flash, and laser autofocus sensors are adjusted inside a P-shaped module. Well, the renders suggest that the under-display camera tech still needs improvements as the Galaxy S22 series will have a punch-hole screen.