As early as October 2020, Samsung applied for a new patent called “Protective Cases for Foldable Electronic Devices” at the World Intellectual Property Office (WIPO), which was approved and published on April 29, 2021. Used to protect the hinge from falling and collision.

According to patent documents (via LetsGoDigital), the South Korean tech giant has obtained approval for three different mobile phone cases. Two of them are made of hard materials, while the third shell is made of flexible soft fabric. However, all of these conditions bring protection to the hinge, and the cover consists of one piece.

Although the outer side of the foldable smartphone becomes larger in the unfolded state, the cover must be able to contract and expand at the height of the hinge in all cases. The company chose a rigid structure and used a curved surface around the hinge, while also using a flexible flap on the fabric cover. 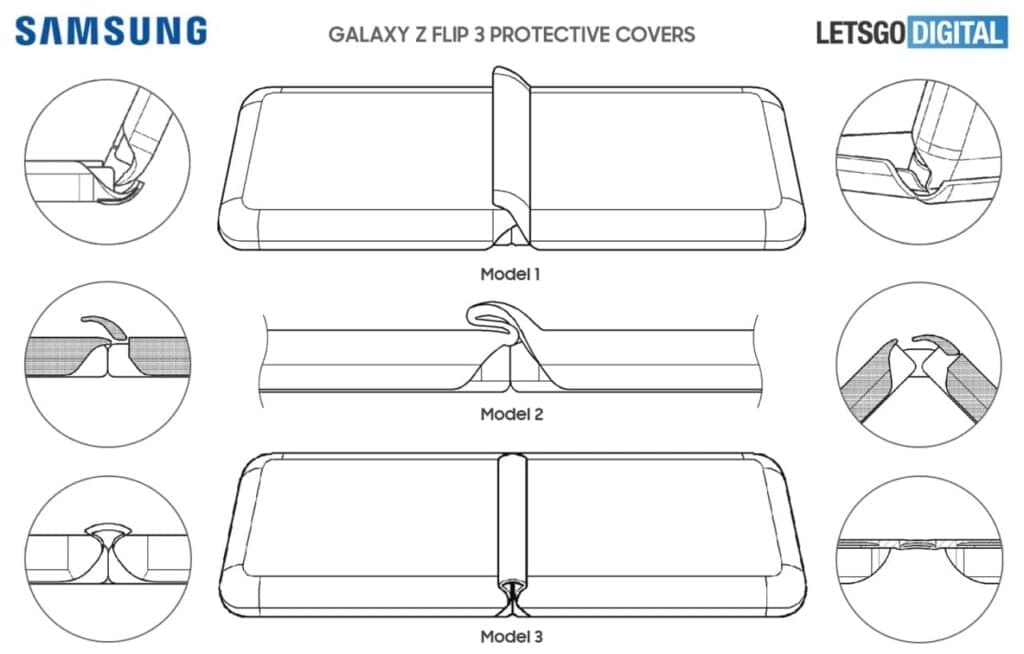 Samsung also plans to do some cropping for the dual camera and protective cover display, which is described in the document. In addition, additional grooves can be made for buttons and sensors. It is worth mentioning that the company designed a leather protective cover for the Galaxy Z Flip, which does not provide any protection around the hinge.

Now, Samsung seems to be working on various solutions to make a foldable protective cover to provide better protection for the upcoming Galaxy Z Flip 3. At the same time, it is clear from the 36-page document that Samsung can also use a similar solution for protective sleeves. Galaxy Z Fold 3.

Huawei Saudi Arabia: Get the best deal on the latest Huawei FreeBuds 4i

Samsung rolling out May 2021 security update for Galaxy Note FE