Recently, the World Intellectual Property Organization (WIPO) has published a document of 44-pages on their website which indicates that the South Korean tech firm is planning to reveal Galaxy Z Fold 3 with a hinge indicator. Samsung has registered a utility patent application for an ‘Electronic device including indicator’ in March 2019. 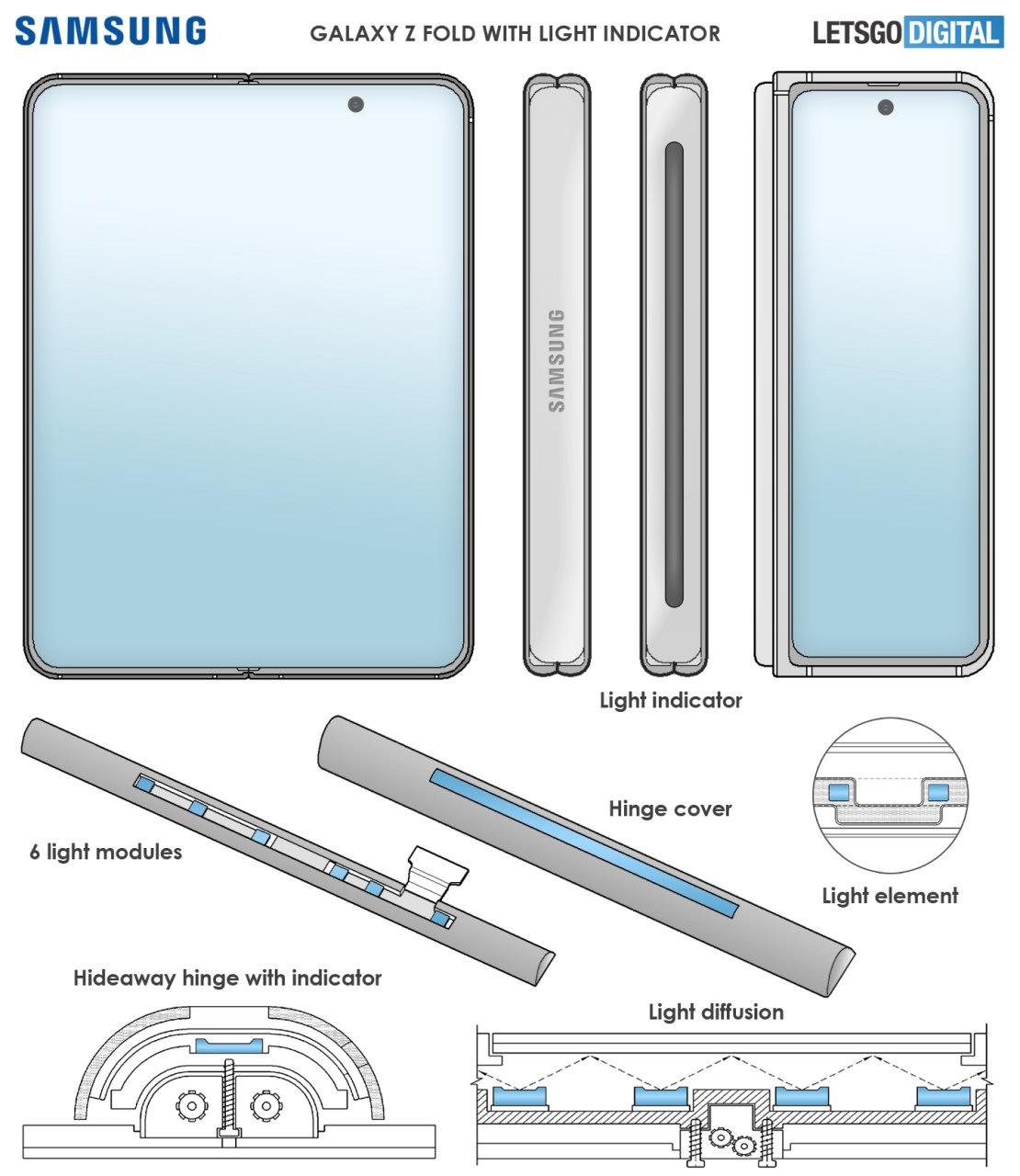 According to the report of LetsGoDigital, Samsung used the Galaxy Fold as the basis for the patent images. The patent hints that the company wants to install an indicator on the hide-away hinge containing a strip with LED lighting elements. The indicator is protected with a transparent cover so that the strip of LED’s remain protected from external impacts and shine out through the hinge cover.

According to the patent description, combining the red, blue, green, and white light with visual and decorative effects, several light colors can be combined. It is expected that Samsung will use the light indicator as a notification alert or incoming call indicator in its upcoming foldable smartphone. The user will receive a signal from the LED indicator. 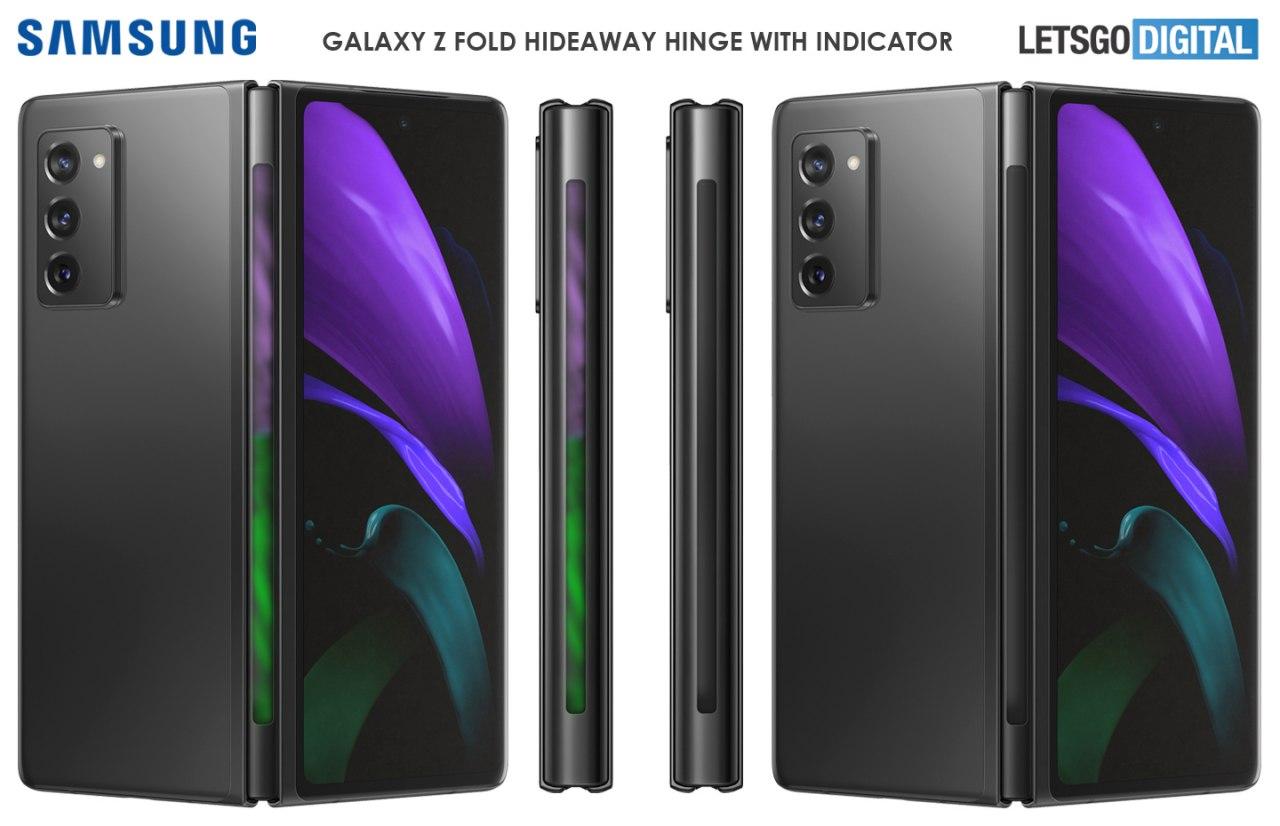 Currently, it is not confirmed that Samsung will install a light indicator in the upcoming Galaxy Z Fold 2. But these types of moves indicates that the company wants to search for new possibilities to improve the foldable smartphone segments and preparing for the future era of popularization of the foldable phones.