The Galaxy S21 series phones will apparently go on sale in India a week or so after the launch, Store executives at Samsung’s Opera House store in Bengaluru confirmed to Android Authority.

The next-generation Samsung flagship phone can be booked by paying INR 2,000 (approximately $27), and the store will inform buyers of the exact time to market and delivery details through WhatsApp. Pre-order users can choose their favorite S21 model after the phone is officially released.

READ MORE: There won’t be a charger in the box with Galaxy S21 series

It is reported that Galaxy S21 will be available in Gray, Purple, Pink, and White colors. The Galaxy S21 Plus will be launched in Pink, Purple, Silver, and Black colors. The top Galaxy S21 Ultra will only have Black and Silver colors.

Samsung store employee confirmed the previously leaked camera specifications of the Galaxy S21 Ultra, a 108-megapixel main camera, two 10-megapixel sensors, one of which will support 10x optical zoom, and Laser autofocus. The details of the fourth sensor were not revealed, but it is said to be a 12-megapixel sensor. Unfortunately, there was no information about the Galaxy S21 and S21+ cameras.

From a recently certified FCC document, the Galaxy S21 series will come with Qualcomm’s Snapdragon 888. However, in India, Samsung will use its Exynos 2100 chipset. 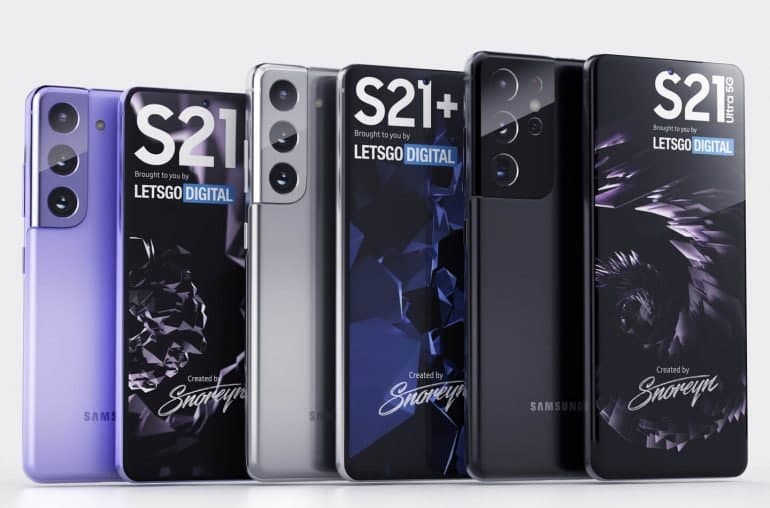