Samsung Galaxy M52 5G smartphone launched today. The new Galaxy M line is trumped as the thinnest battery life monster Samsung has ever released. Unfortunetly, the battery capacity is not as large as that of other representatives of the series (it uses a 5000 mAh battery with support for 25 W fast charging), but the case thickness is almost a record – 7.4 mm. The new product is 21% thinner than its predecessor, the Galaxy M51. 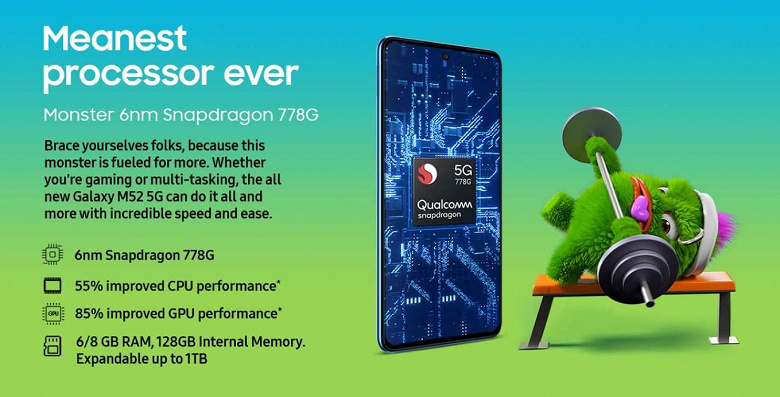 according to official data, the autonomy of the Galaxy M52 5G when playing video reaches up to 20 hours, while playing audio – up to 81 hours. A fully charged smartphone allows you to browse the web for 17 hours.

Galaxy M52 5G received a side fingerprint scanner and pre-installed Android 11. The weight of the device is 173 grams. The version with 6 GB of RAM and 128 GB of flash memory is priced at $ 365 in India. There will be another option with 8 GB of RAM, a little more expensive. Sales of new items in the local market will start on October 3.