We know that Xiaomi will release its latest flagship, Redmi K40 on February 25, 2021. We have already seen leaks, render, and live images of this smartphone, and as the launch nears, more information about the Redmi K40 will be released.

As per the new information, the GM of Xiaomi’s sub-brand Redmi, Lu Weibing has shared a new poster of Redmi K40 on Weibo and has confirmed that the typical battery capacity of the Redmi K40 series would not be less than 4500mAh.

The shared poster also reveals that the upcoming Redmi K40 dual flagship will be equipped with a 4520mAh battery and will have an ultimate thin design with amazing features. 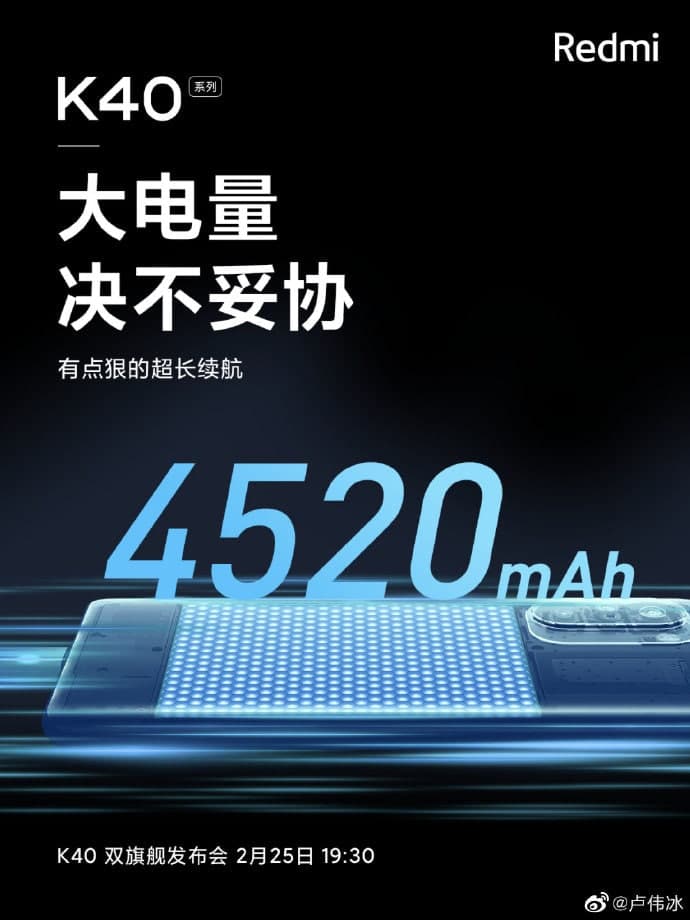 Recently, we’ve reported that Redmi K40 will be the first straight-screen flagship equipped with an E4 material OLED screen that can bring high brightness while achieving ultra-low power consumption with the advantage of high contrast and high color accuracy.

Epic game Fortnite gets two of Capcom’s greatest fighters, Ryu and Chun-Li street warrior in Round One

Vivo S9 with dual selfie camera to launch on March 3