Vivo has recently launched its flagship range of smartphones under the Vivo X60 series these new phones come with many premium features along with Samsung’s latest Exynos 1080 processor. After releasing the flagship devices, the Chinese phone maker is looking forward to introducing several budget devices as well.

According to the latest info, the Vivo is all set to launch its new smartphone under its Y series which is Vivo Y31. Ahead of the launch, the smartphone is already listed on a number of certification sites that reveals some of its details regarding the specs.

The information from the offline retail stores suggests that the smartphone is nearing its launch date and will be soon launched in India as the posters of the device are already out.

As per these posters, the smartphone will equip a Full HD+ display while the size of the screen still remains unknown. Further, it has a large 5000mAh battery along with 18W fast charging capability. The official renders also revealed that the smartphone will feature a side fingerprint scanner that is mounted on the power button. 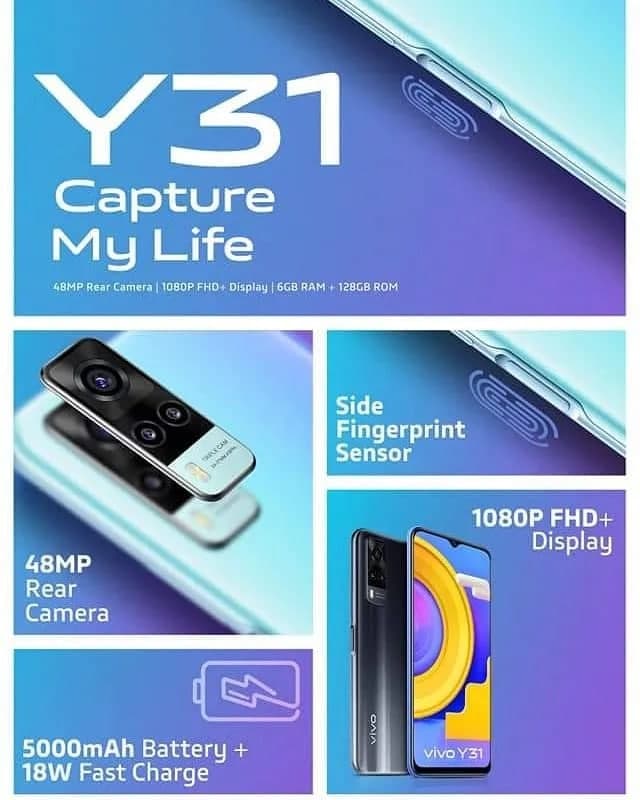 In terms of camera configuration, it equips a triple rear camera setup with a 48MP main camera. In the front, it will have a V-shaped notch that can be seen in the poster image. This smartphone will be available in 6GB RAM and a 128GB storage variant.

These were some official details of the smartphone and we also have some previous leaks which give us more details on the device. As per the leaks, Vivo Y31 will come with Snapdragon 662 octa-core processor. The SoC shows it’s a 4G handset, and it will also come with pre-installed Android 11.

Further details of the device such as the price and the exact launch date still remain a mystery and we’ll get more about it in the coming days.